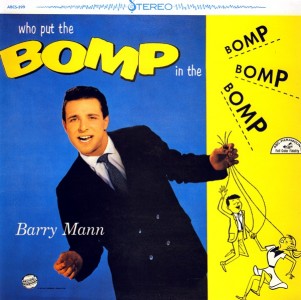 “Who Put the Bomp (In the Bomp, Bomp, Bomp)” is a doo-wop style hit song from 1961 co-written (with Gerry Goffin) and recorded by Barry Mann. He was backed up by The Halos, who had previously backed up Curtis Lee on the song “Pretty Little Angel Eyes”. The song was originally released as a single on the ABC-Paramount label.

In this song, Mann sings about the frequent use of nonsense lyrics in Doo-Wop music, and how his girl fell in love with him after listening to several such songs.

The song has been covered by numerous artists including Bobby and Jerry, Jan and Dean, Frankie Lymon, The Viscounts, Showaddywaddy, The Muppets, The Wurzels, The Cartoons and The Overtones.

The song was also parodied by Bob Rivers as “Who Put the Stump?”, giving the perspective of an angel on top of a Christmas tree.. The lyrics include “Who put the stump in my rump ba-bump ba-bump”. 😈 (source Wikipedia) 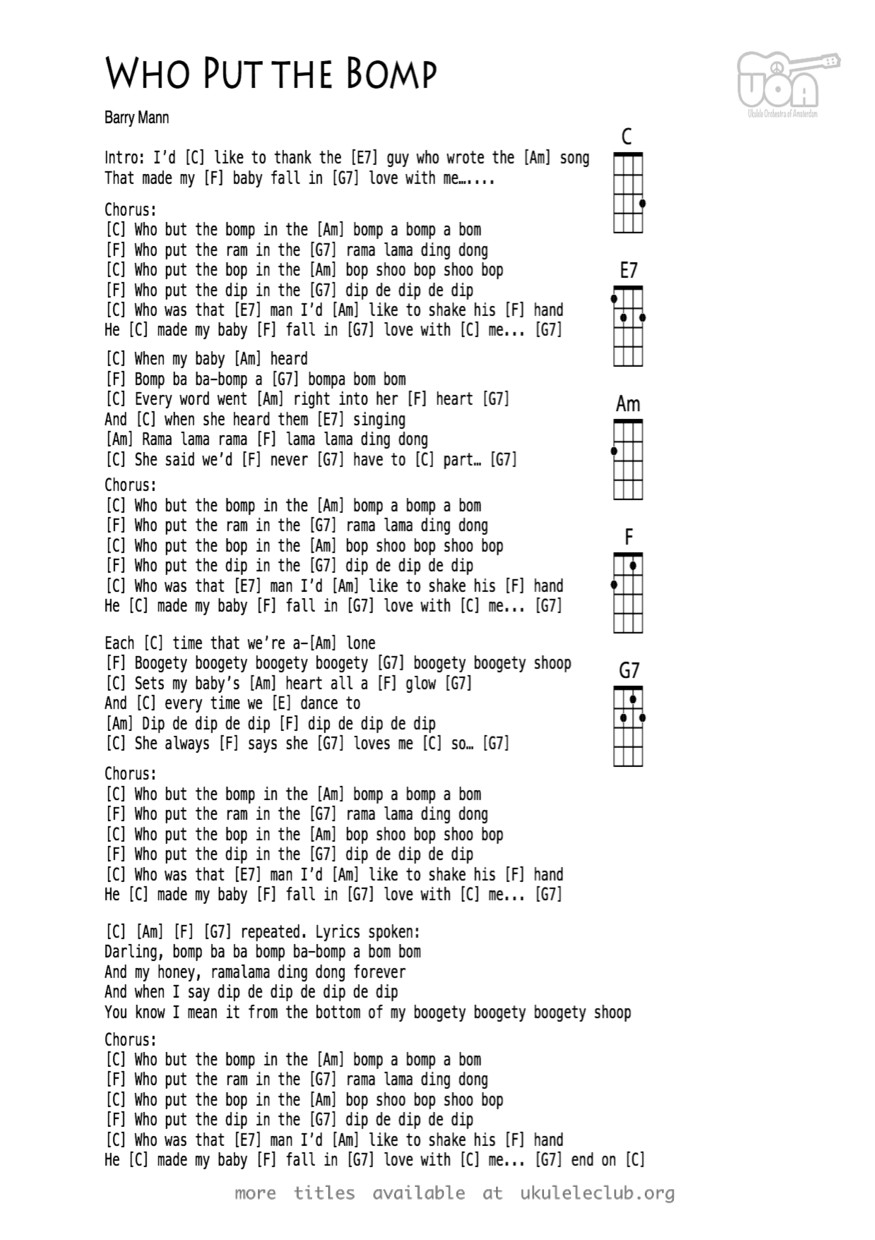 Discuss "Who Put the Bomp (in the Bomp, Bomp, Bomp)"

yes one of my favorite songs!

This was a LOT of fun to play!  Thank you for that little gift!

This is one of these songs, I don’t know……

You can find a video of the song in the right sidebar: 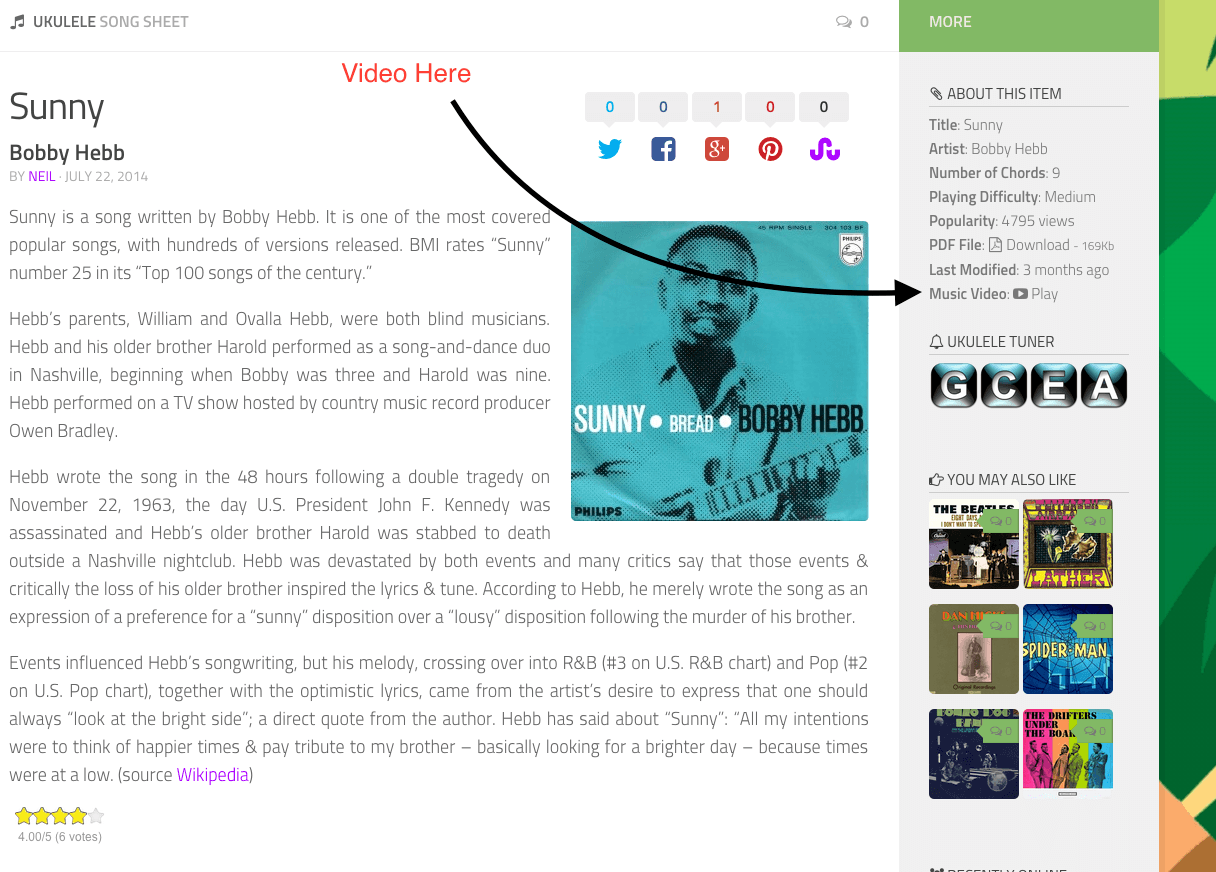 Thanks for your quick answer. Yeah, I ‘ve found it. And I like it!

This is such a fun song to play! Easy for beginners!!