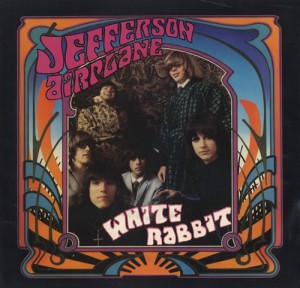 One of Grace Slick’s earliest songs, written during either late 1965 or early 1966, uses imagery found in the fantasy works of Lewis Carroll: 1865’s Alice’s Adventures in Wonderland and its 1871 sequel Through the Looking-Glass, such as changing size after taking pills or drinking an unknown liquid. It is commonly thought that these are also references to the hallucinatory effects of psychedelic drugs, such as LSD and psilocybin mushrooms. Characters referenced include Alice, the hookah-smoking caterpillar, the White Knight, the Red Queen, and the Dormouse.

It was released as a single and became the band’s second top ten success, peaking at #8 on the Billboard Hot 100. The song was ranked #478 on Rolling Stone’s list of the 500 Greatest Songs of All Time, #87 on Rate Your Music’s Top Singles of All Time, and appears on The Rock and Roll Hall of Fame’s 500 Songs that Shaped Rock and Roll.

The name White Rabbit has also been described as a nickname for counterculture era figure Owsley Stanley.

“White Rabbit” was written by Grace Slick while she was still with The Great Society. When that band broke up in 1966, Slick was invited to join Jefferson Airplane to replace their departed female singer Signe Toly Anderson, who left the band with the birth of her child. The first album Slick recorded with Jefferson Airplane was Surrealistic Pillow, and Slick provided two songs from her previous group: her own “White Rabbit” and “Somebody to Love”, written by her brother-in-law Darby Slick and recorded under the title “Someone to Love” by The Great Society.

Both songs became breakout successes for Jefferson Airplane and have ever since been associated with that band. (source Wikipedia) 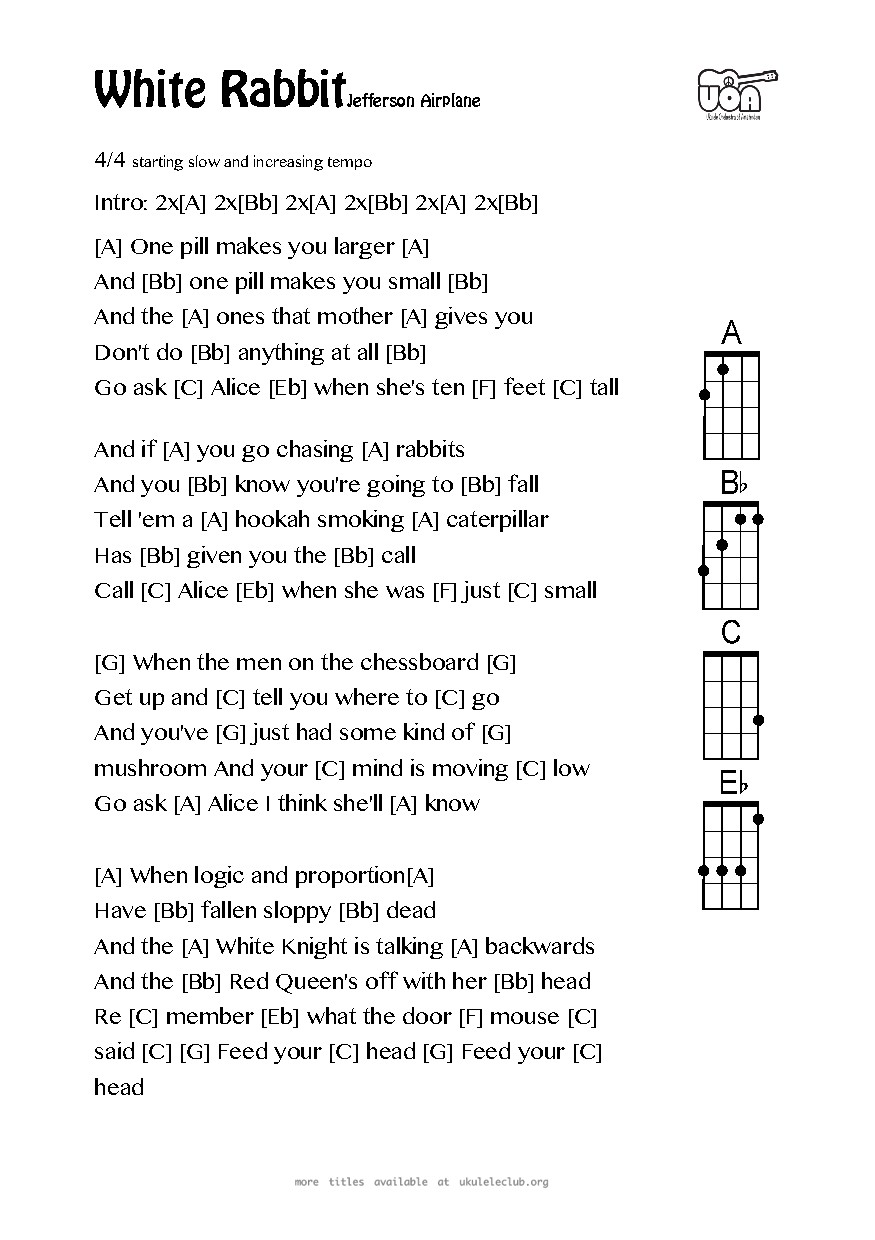