We Wish You A Merry Christmas 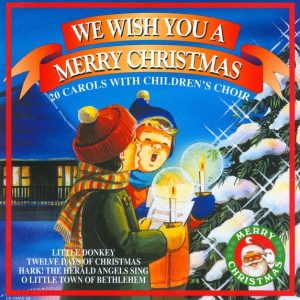 We Wish You a Merry Christmas is a popular English Christmas carol from the West Country of England.

In 1935, Oxford University Press published a four-part choral arrangement by Arthur Warrell under the title “A Merry Christmas”, describing the piece as a “West Country Traditional Song”. Warrell’s arrangement is notable for using “I” instead of “we” in the lyrics; the first line is “I wish you a Merry Christmas”. It was subsequently republished in the collection Carols for Choirs (1961), and remains widely performed.

The earlier history of the carol is unclear. It is absent from the collections of West-countrymen Davies Gilbert (1822 and 1823) and William Sandys (1833), as well as from the great anthologies of Sylvester (1861) and Husk (1864). It is also missing from The Oxford Book of Carols (1928). In the comprehensive New Oxford Book of Carols (1992), editors Hugh Keyte and Andrew Parrott describe it as “English traditional” and “(t)he remnant of an envoie much used by wassailers and other luck visitors”; no source or date is given.

The greeting “a merry Christmas and a happy New Year” is recorded from 1740. The English custom of performing inside or outside homes in return for food and drink is illustrated in the short story The Christmas Mummers (1858) by Charlotte Yonge, in which a group of boys run to a farmer’s door and sing:

I wish you a merry Christmas
And a happy New Year,
A pantryful of good roast-beef,
And barrels full of beer.

After they are allowed in and perform a Mummers play, the boys are served beer by the farmer’s maid.

The origin of this Christmas carol lies in the English tradition wherein wealthy people of the community gave Christmas treats to the carolers on Christmas Eve, such as “figgy pudding” that was very much like modern-day Christmas puddings. A variety of nineteenth-century sources state that, in the West Country of England, “figgy pudding” referred to a raisin or plum pudding, not necessarily one containing figs. (source Wikipedia) 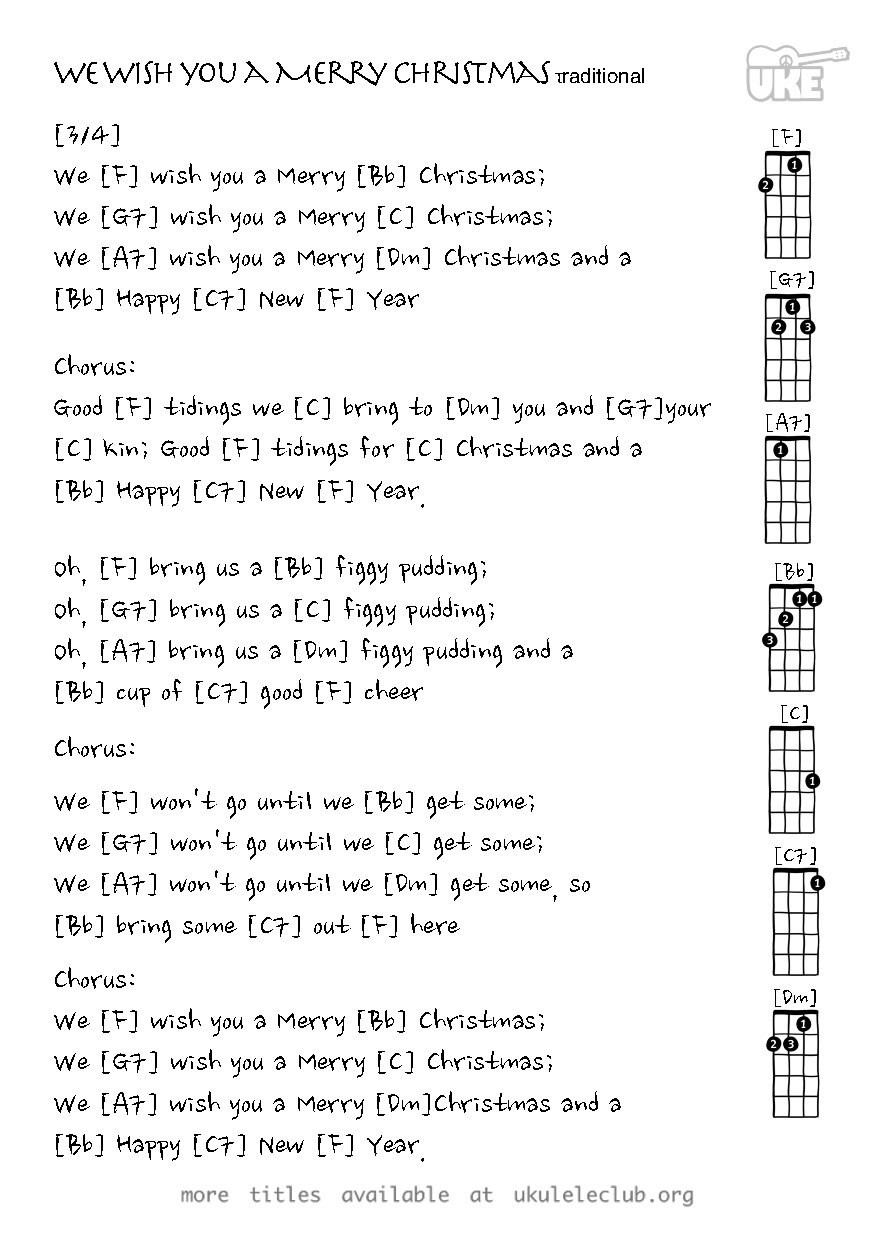 Discuss "We Wish You A Merry Christmas"