Walking in the Air (theme from the snowman) 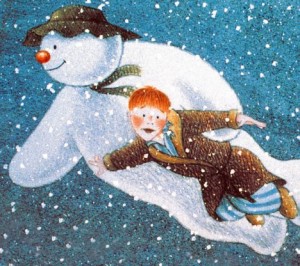 Walking in the Air” is a song written by Howard Blake for the 1982 animated film of Raymond Briggs’ 1978 children’s book The Snowman.

In the film, the song was performed by St Paul’s Cathedral choirboy Peter Auty and this version was released as a single on CBS in 1982, and reissued in 1985 (on Stiff Records) and 1987. For a subsequent single release, which reached number five in the UK pop charts in 1985, the vocals were sung by Welsh chorister Aled Jones, who became a popular celebrity on the strength of his performance.

Jones’s version was not an official The Snowman tie-in though it was authorised by Howard Blake. “Walking in the Air” has subsequently been covered by over forty artists, in a variety of styles.

The song forms the centrepiece of The Snowman, which has become a seasonal perennial on British television. The story relates the fleeting adventures of a young boy and a snowman who has come to life. In the second part of the story, the boy and the snowman fly to the North Pole.

“Walking in the Air” is the theme for the journey. They attend a party of snowmen, at which the boy is the only human. They meet Father Christmas and his reindeer, and the boy is given a scarf with a snowman pattern.

Howard Blake developed the melody of “Walking in the Air” from a theme in his ‘Lullaby – A Christmas Narrative,’ an a cappella choral work commissioned by The Scholars in 1975 and first performed by them at St John’s Smith Square, London, on 21 December that year. (source Wikipedia) 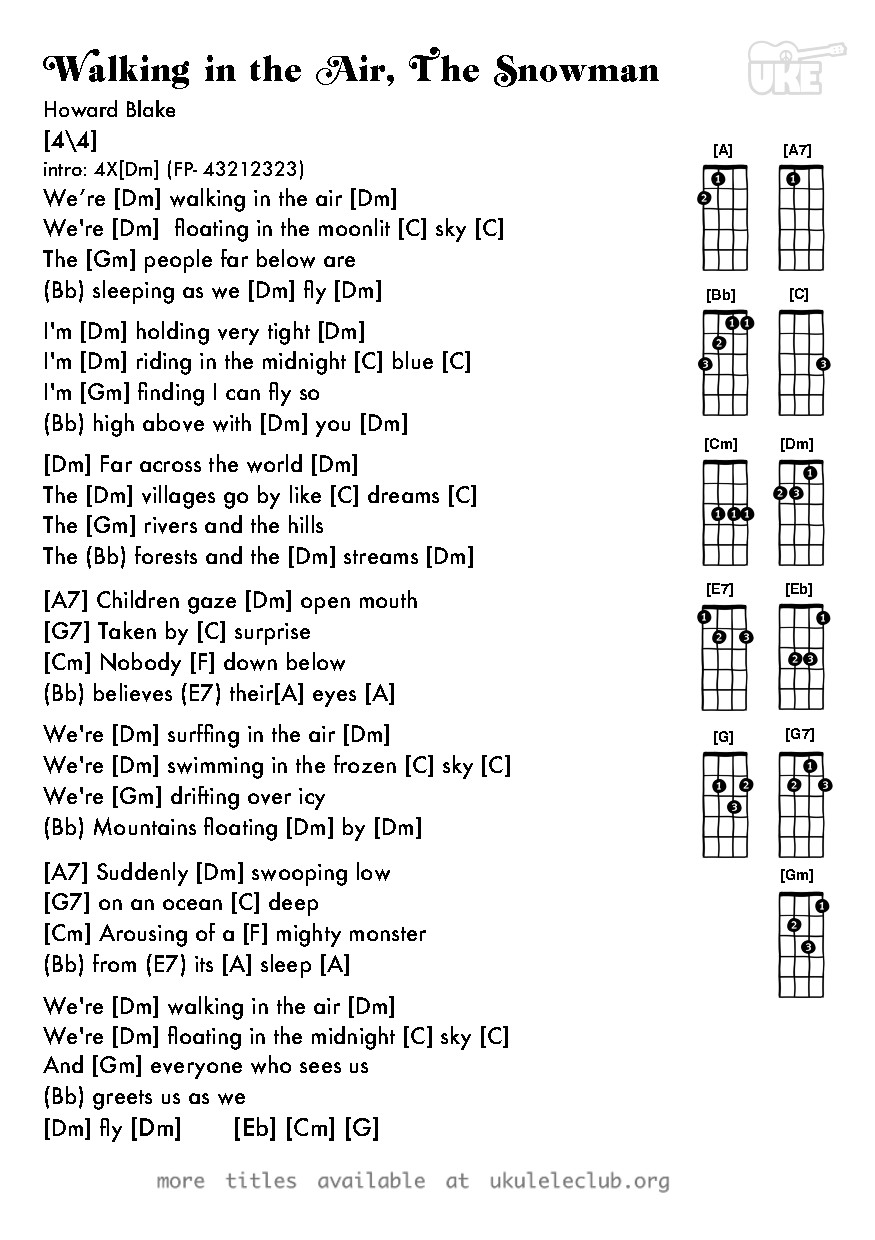 Discuss "Walking in the Air (theme from the snowman)"