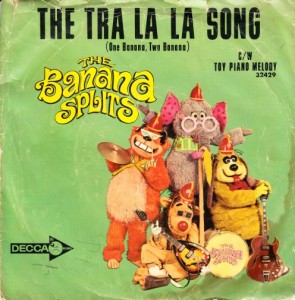 The series was produced by Hanna-Barbera, and ran for 31 episodes on NBC Saturday mornings, from September 7, 1968, to September 5, 1970.

The song was written by Nelson Brock Winkless, Jr., however, owing to contractual arrangements, on all record releases (as well as the TV show’s closing credits), credit is given to Ritchie Adams and Steve Kincannon ( Formerly of Cream and the Allman Brothers ).

US speed punk act The Dickies covered the theme song in 1978, entitled “Banana Splits (Tra La La Song)”. Their recording reached Number 7 in the UK charts and now appears as a bonus on the CD reissue of their 1979 album The Incredible Shrinking Dickies. They still perform this cover live at almost every concert. {source Wikipedia) 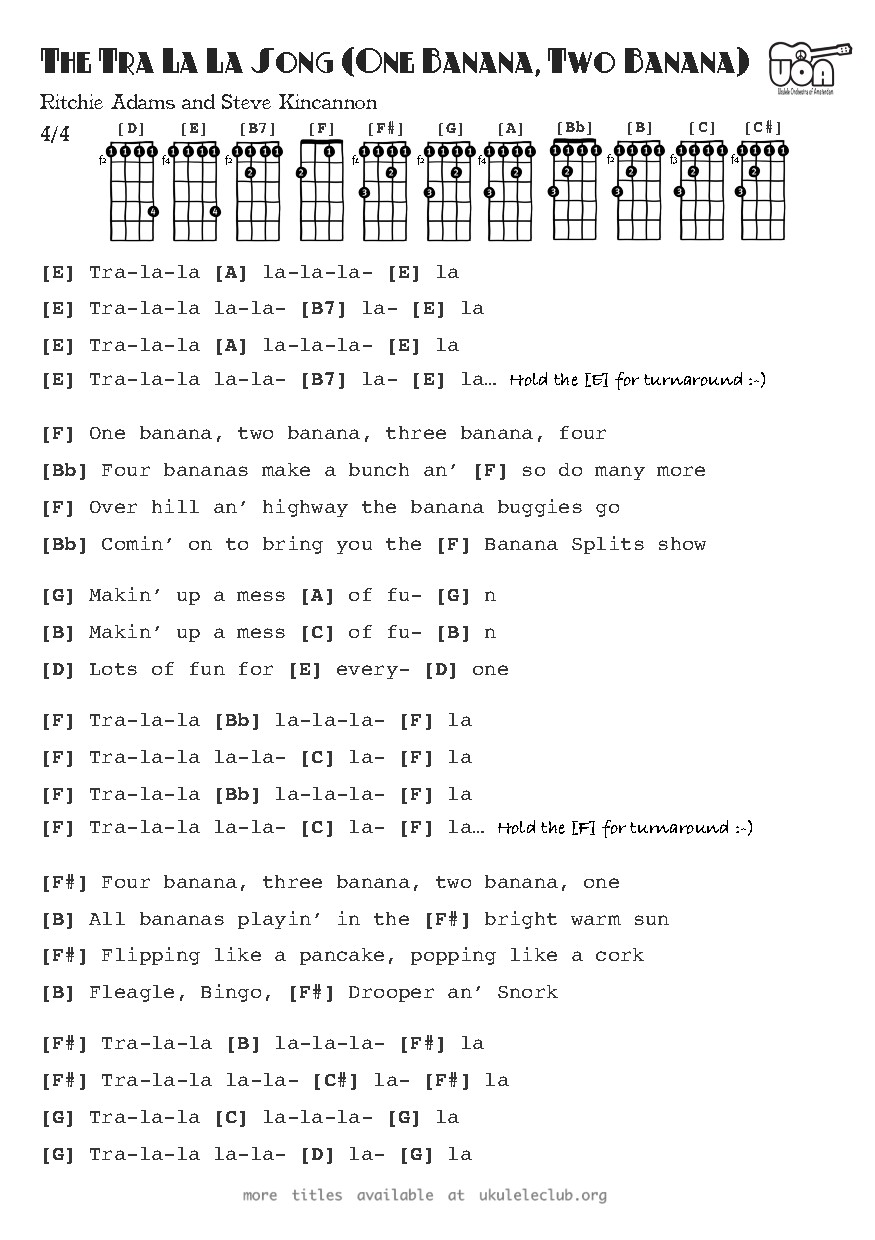 Isn’t it “One banana two banana three banana four / Four bananas make a bunch and so do many more.”  In other words, the word “banana” is singular in the first line?

I’ve just typed the word “banana” more in this posting than I have in the last decade combined.  It is kind of fun to type.  Banana banana banana.

Yep, I spotted another error too! Correcting / improving the song sheets is an ongoing process 🙂
Thanks! I’ll correct it..

I’ve changed the suggested chord fingerings. This should make those fast chord changes a little easier!