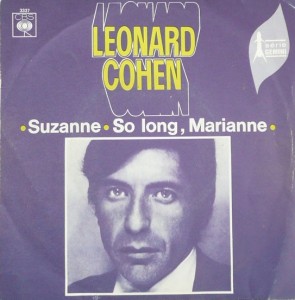 “Suzanne” is a song written by Canadian poet and musician Leonard Cohen in the 1960s. First published as a poem in 1966, it was recorded as a song by Judy Collins in the same year, and Cohen himself recorded it for his 1967 album Songs of Leonard Cohen. Many other artists have recorded versions, and it has become one of the most-covered songs in Cohen’s catalogue.

“Suzanne” was inspired by Cohen’s platonic relationship with Suzanne Verdal, the then girlfriend of sculptor Armand Vaillancourt. Its lyrics describe the rituals that they enjoyed when they met: Suzanne would invite Cohen to visit her apartment by the harbour in Montreal, where she would serve him Constant Comment tea, and they would walk around Old Montreal past the church of Notre-Dame-de-Bon-Secours, where sailors were blessed before heading out to sea.

Verdal was interviewed by CBC News’s The National in 2006 about the song. Verdal says that she and Cohen never had sexual relations, contrary to what some interpretations of the song suggest. Cohen himself stated in a 1994 BBC interview that he only imagined having sex with her, as there was neither the opportunity nor inclination to actually go through with it. She says she has met Cohen twice since the song’s initial popularity; once after a concert Cohen performed in the 1970s and once in passing in the 1990s when she danced for him, but Cohen did not speak to her (and possibly did not recognise her).

The song “Suzanne” was first recorded by Judy Collins, and appeared on her 1966 album In My Life. It was later released by Cohen himself on his debut album Songs of Leonard Cohen.

Other notable early versions were by Noel Harrison, whose recording was a minor hit, and in 1969, Herman van Veen’s Dutch version reached fourth place on the Dutch Top 40 list. (source Wikipedia) 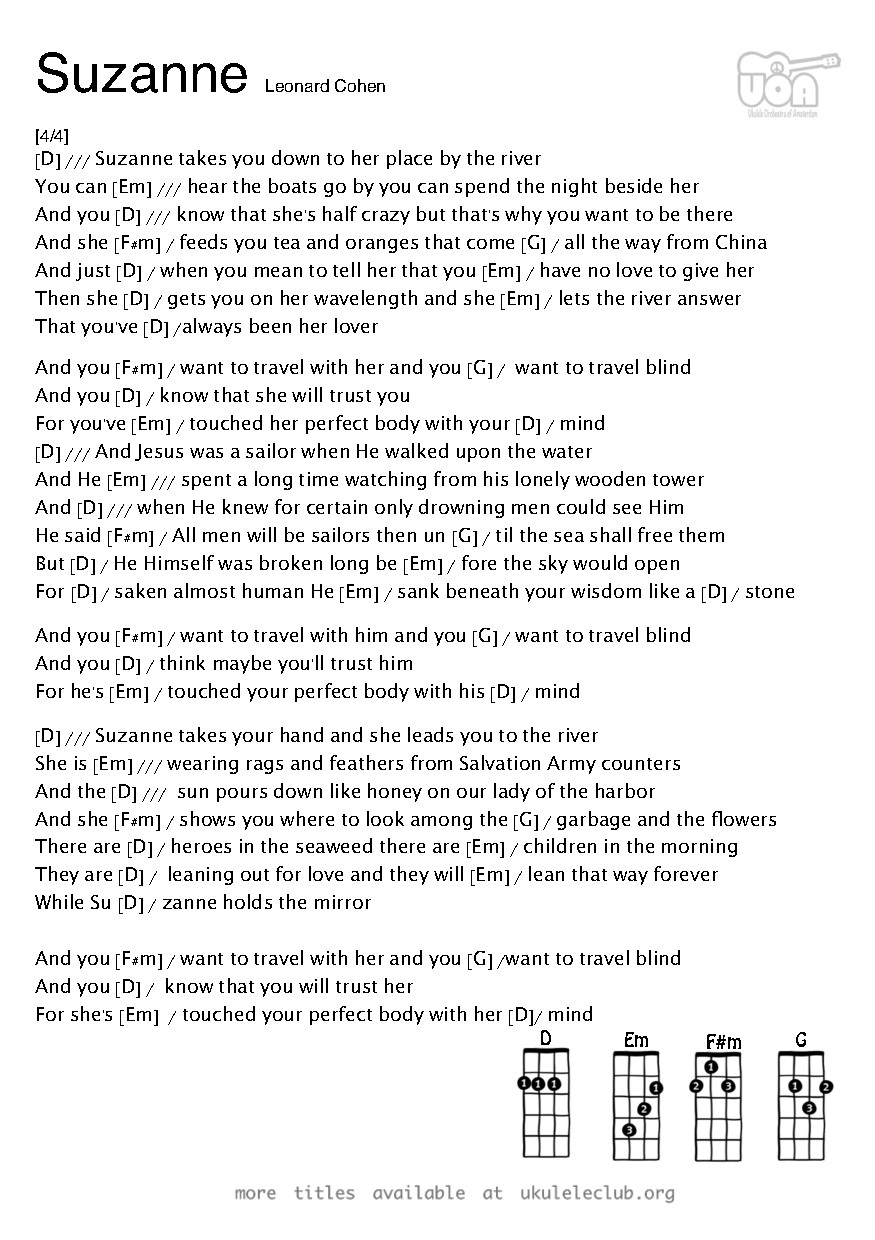