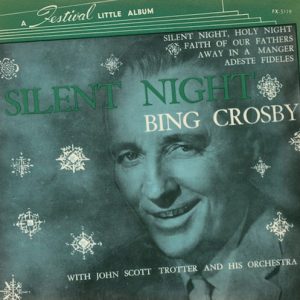 It was declared an intangible cultural heritage by UNESCO in 2011. The song has been recorded by a large number of singers from every music genre. The version sung by Bing Crosby is the third best-selling single of all-time.

The song was first performed on Christmas Eve 1818 at St Nicholas parish church in Oberndorf, a village in the Austrian Empire on the Salzach river in present-day Austria. A young priest, Father Joseph Mohr, had come to Oberndorf the year before. He had already written the lyrics of the song “Stille Nacht” in 1816 at Mariapfarr, the hometown of his father in the Salzburg Lungau region, where Joseph had worked as a co-adjutor.

The melody was composed by Franz Xaver Gruber, schoolmaster and organist in the nearby village of Arnsdorf. Before Christmas Eve, Mohr brought the words to Gruber and asked him to compose a melody and guitar accompaniment for the church service.[2] Both performed the carol during the mass on the night of December 24.

In 1859, the Episcopal priest John Freeman Young, then serving at Trinity Church, New York City, published the English translation that is most frequently sung today, using three of Gruber’s original six verses. The version of the melody that is generally used today is a slow, meditative lullaby or pastorale, differing slightly (particularly in the final strain) from Gruber’s original, which was a “moderato” tune in 6/8 time and siciliana rhythm.

The song was sung simultaneously in English and German by troops during the Christmas truce of 1914 during World War I, as it was one carol that soldiers on both sides of the front line knew.

Today, the lyrics and melody are in the public domain. (source Wikipedia)

Thanks to Crazy Orphelia for the nice art work 🙂 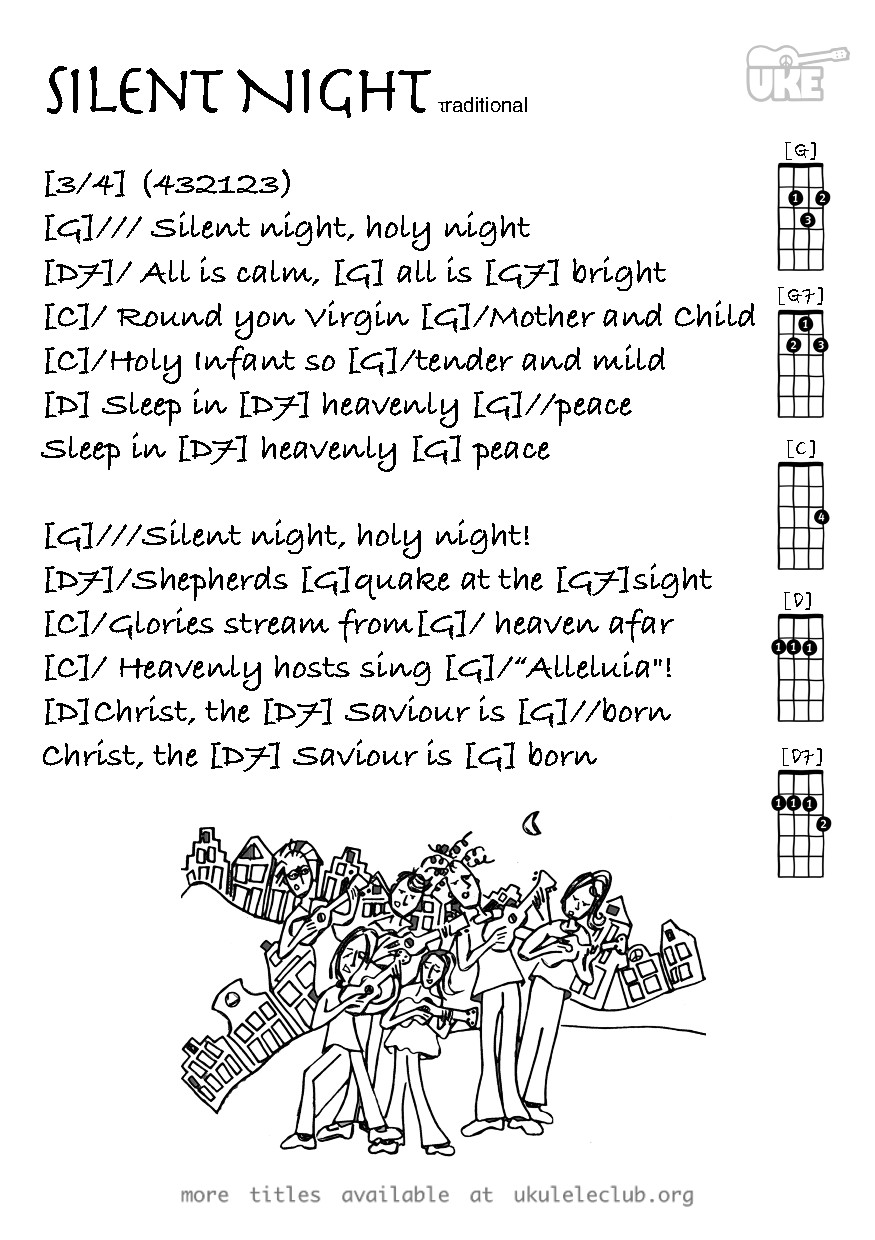