Raindrops Keep Fallin’ on My Head 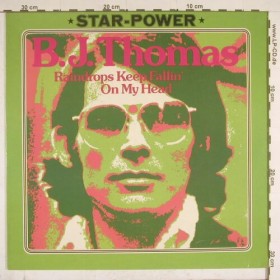 Raindrops Keep Fallin’ on My Head” is B. J. Thomas’s #1 song, written by Hal David and Burt Bacharach for the 1969 film Butch Cassidy and the Sundance Kid.

It won an Academy Award for Best Original Song. David and Bacharach also won Best Original Score. It was recorded in seven takes, after Bacharach expressed dissatisfaction with the first six. In the film version of the song, B. J. Thomas had been recovering from laryngitis, which made his voice sound hoarser than in the 7-inch release. The film version featured a separate instrumental break when Paul Newman undertook stunts on a bicycle.

The single by B. J. Thomas reached #1 on charts in the United States, Canada, and Norway. It topped the Billboard Hot 100 for four weeks in January 1970 and was also the first American number-one hit of the 1970s. The song also spent seven weeks atop the Billboard adult contemporary chart. In 2008, Thomas’s version was ranked as the 85th biggest song on Billboard’s Hot 100 All-Time Top Songs. His version reached #38 in the UK Singles Chart.

“Raindrops Keep Fallin’ on My Head” was used in the film Spy Hard, which parodied the scene in Butch Cassidy and the Sundance Kid. It is on the soundtracks to Forrest Gump and Spider-Man 2, in the latter accentuating Peter Parker’s blissful mood after abandoning his Spider-Man identity and its responsibilities. It was used in the Kevin Smith film Clerks II. The first episode of the second season of the popular medical drama Grey’s Anatomy is named after the song. It is also used in The Simpsons, episode 16 of the fourth season, called Duffless, at the end of the episode, during credits are presented. It was also used in the 2003 film “The In-Laws” starring Michael Douglas and Albert Brooks, which was a remake of the 1979 Peter Falk / Alan Arkin film.

On December 3, 2013, the National Academy of Recording Arts and Sciences announced that the B.J. Thomas’, 1969 single, “Raindrops Keep Fallin’ on My Head” has been inducted into the 2014, Grammy Hall Of Fame. (source: Wikipedia) 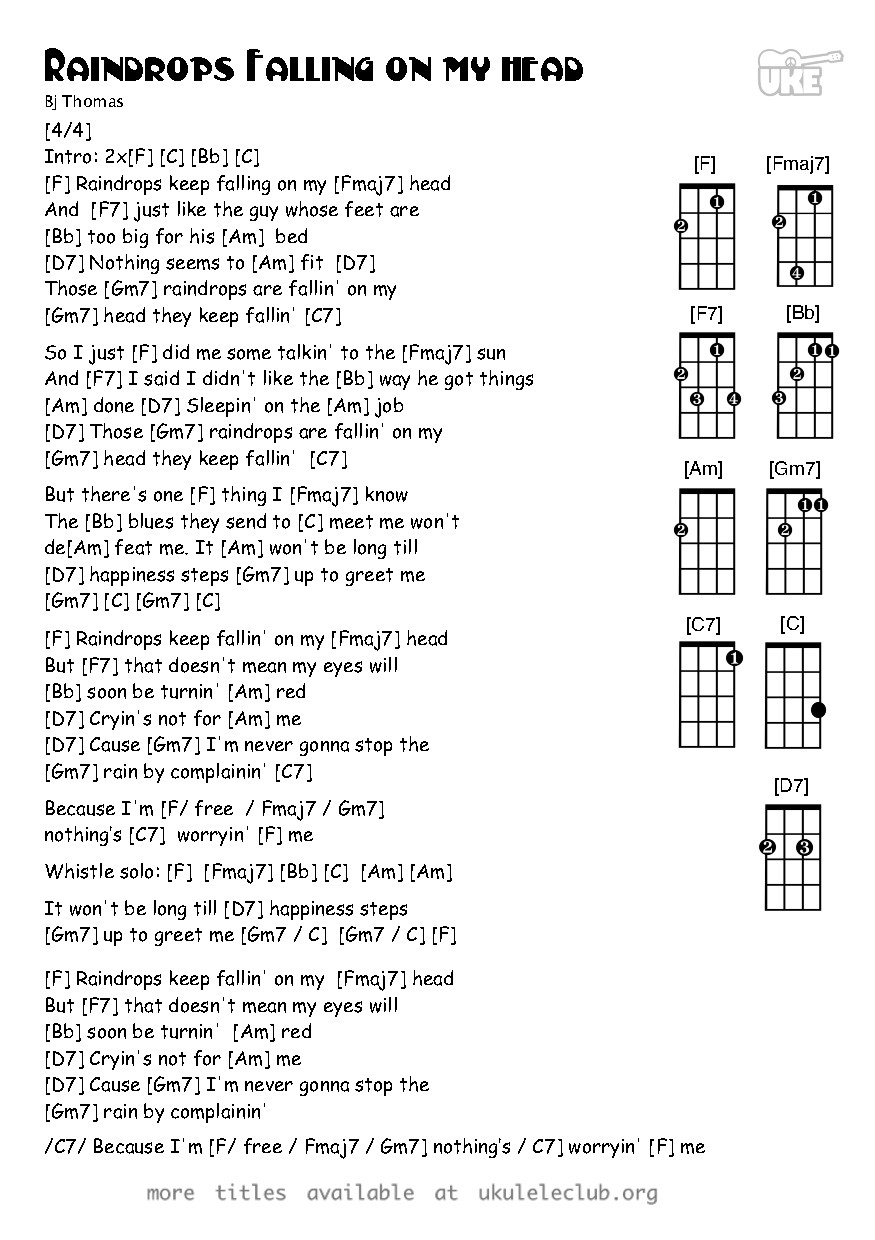 The chords and lyrics combination proved very useful to me as a music teacher.

Cool! Hope you and your students enjoyed it 🙂