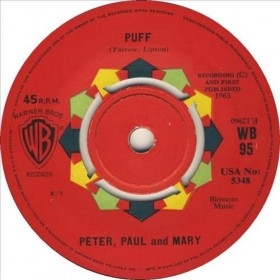 Puff, the Magic Dragon” is a song written by Leonard Lipton and Peter Yarrow, and made popular by Yarrow’s group Peter, Paul and Mary in a 1963 recording.

The lyrics for “Puff, the Magic Dragon” were based on a 1959 poem by Leonard Lipton, a 19-year-old Cornell University student. Lipton was inspired by an Ogden Nash poem titled “Custard the Dragon”, about a “realio, trulio little pet dragon.”

The lyrics tell a story of the ageless dragon Puff and his playmate Jackie Paper, a little boy who grows up and loses interest in the imaginary adventures of childhood and leaves Puff alone and depressed. (Because of the line “A dragon lives forever, but not so little boys”, the lyrics may imply to some that Jackie Paper dies.) The story of the song takes place “by the sea” in the fictional land of Honalee (the spelling used by author Lenny Lipton, though non-authoritative variations abound.)

Lipton was friends with Peter Yarrow’s housemate when they were all students at Cornell. He used Yarrow’s typewriter to get the poem out of his head. He then forgot about it until years later, when a friend called and told him Yarrow was looking for him, to give him credit for the lyrics. On making contact Yarrow gave Lipton half the songwriting credit, and he still gets royalties from the song. (source Wikipedia) 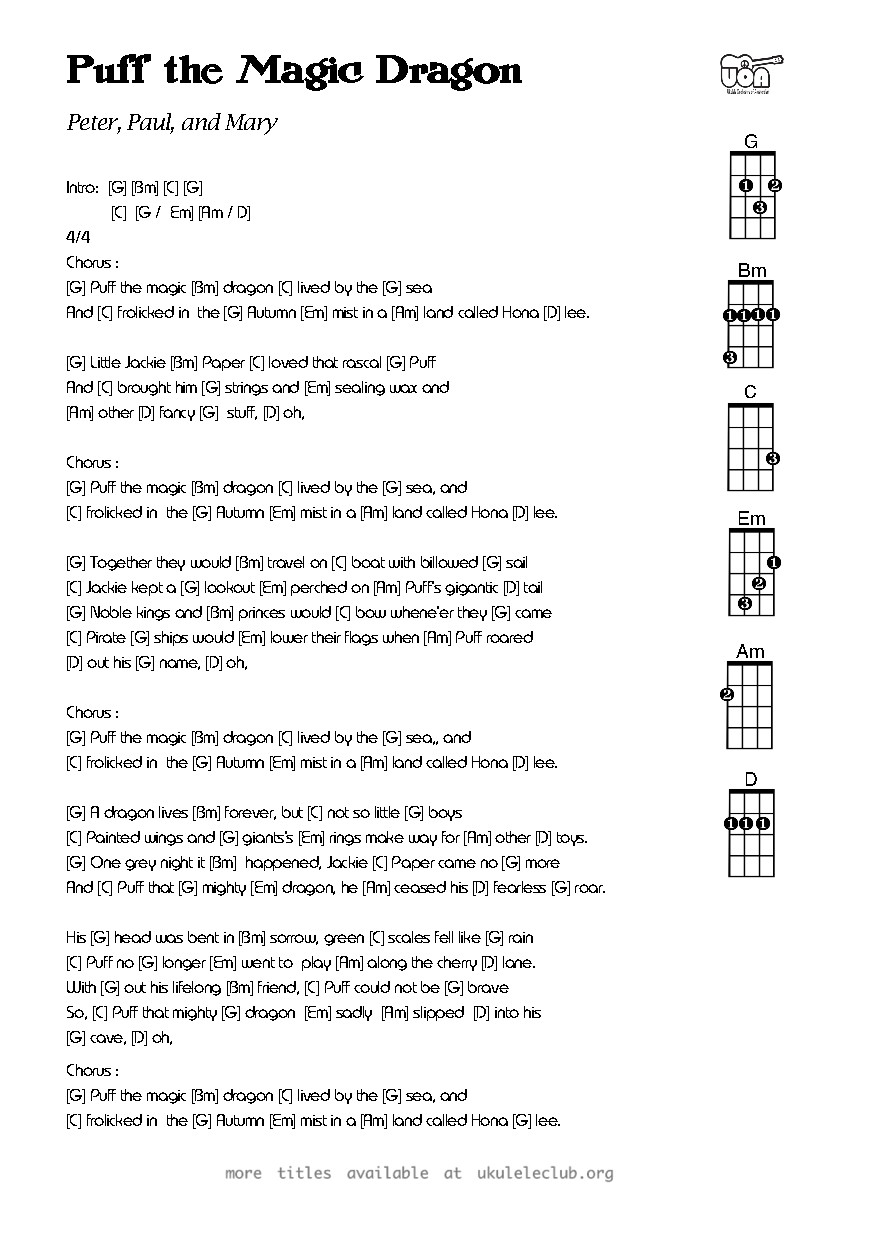