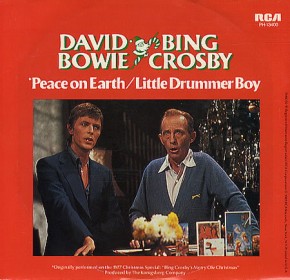 “Little Drummer Boy” is a Christmas song written in 1941, while the “Peace on Earth” tune and lyrics, written by Ian Fraser, Larry Grossman, and Alan Kohan, were added to the song specially for Bowie and Crosby’s recording.

The track was recorded on September 11, 1977 for Crosby’s then-upcoming television special, Bing Crosby’s Merrie Olde Christmas. The pair exchanged scripted dialogue about what they each do for their family Christmases, before singing “Little Drummer Boy” with a new counterpoint with original lyrics written for the special, “Peace on Earth”.

Bowie’s appearance has been described as a “surreal” event, undertaken at a time that he was “actively trying to normalise his career”. He has since recalled that he only appeared on the show because “I just knew my mother liked him”. Buz Kohan was not sure that Crosby knew who Bowie was, but Ian Fraser claimed, “I’m pretty sure he did. Bing was no idiot. If he didn’t, his kids sure did.”

A few days after the taping, Crosby said of Bowie, “clean-cut kid and a real fine asset to the show. He sings well, has a great voice and reads lines well.”

Crosby died on October 14, nearly five weeks after recording the special at Elstree Studios near London; in the U.S., the show aired just over a month later, on November 30, 1977, on CBS. In the United Kingdom, the special first aired on December 24, 1977 on ITV. (source Wikipedia) 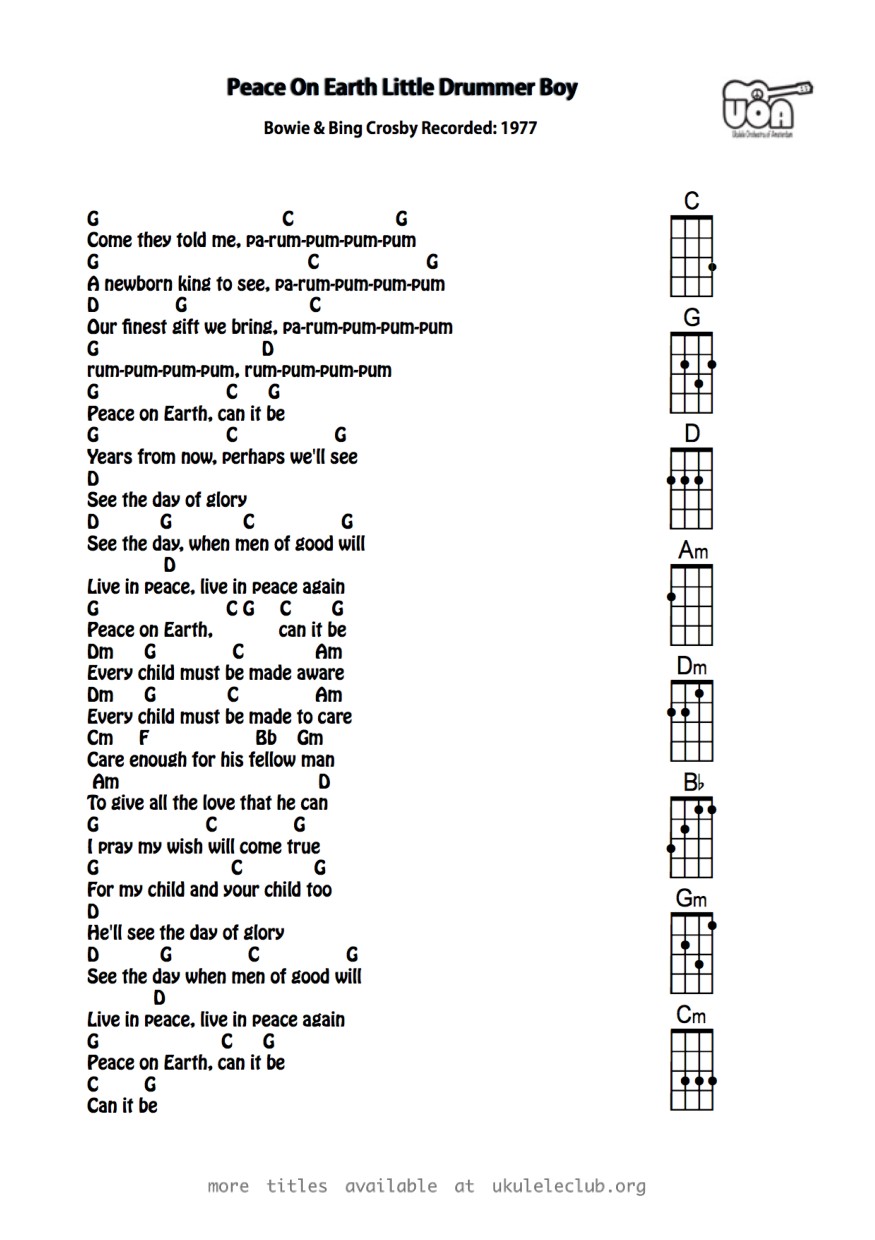