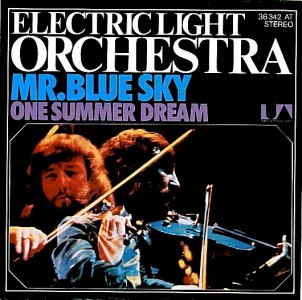 It is featured on the band’s seventh studio album Out of the Blue (1977). Written and produced by frontman Jeff Lynne, the song forms the fourth and final track of the “Concerto for a Rainy Day” suite, on side three of the original double album.

In a BBC Radio interview, Lynne talked about writing “Mr. Blue Sky” after locking himself away in a Swiss chalet and attempting to write ELO’s follow-up to A New World Record:

It was dark and misty for 2 weeks, and I didn’t come up with a thing. Suddenly the sun shone and it was, ‘Wow, look at those beautiful Alps.’ I wrote Mr. Blue Sky and 13 other songs in the next 2 weeks.

The song’s arrangement has been called “Beatlesque”, bearing similarities to Beatles songs “Martha My Dear” and “A Day in the Life”. (source Wikipedia) 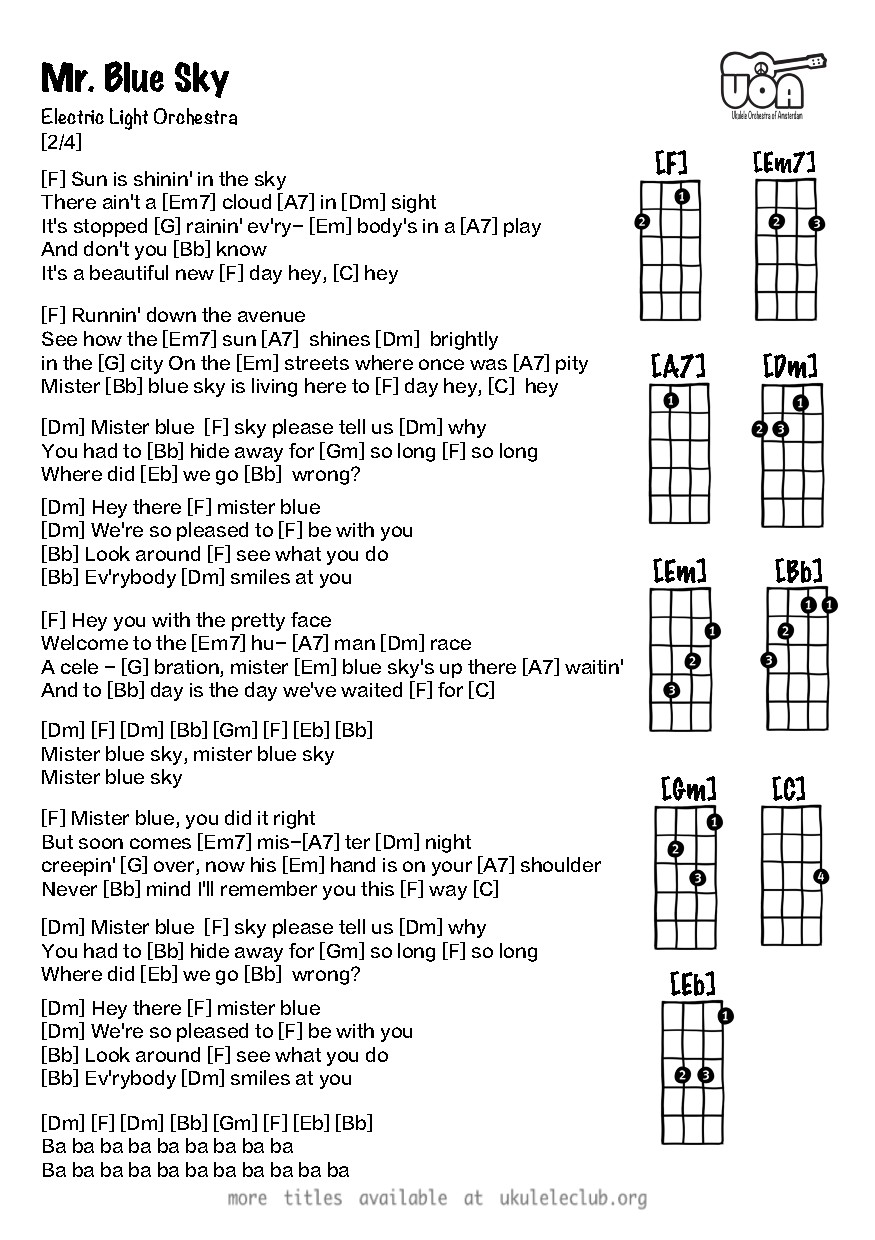