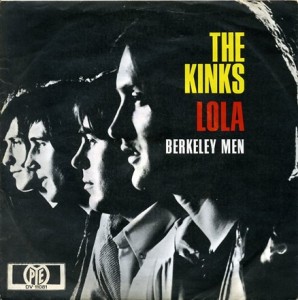 Lola” is a song written by Ray Davies and performed by English rock band The Kinks.

The song details a romantic encounter between a young man and a possible transvestite or transgender person he meets in a club in Soho, London, with the narrator describing his confusion towards a person named Lola who “walked like a woman and talked like a man”.

Released in June 1970, in the UK on the 12th and in the USA on the 28th, the single was taken from the album Lola Versus Powerman and the Moneygoround, Part One and reached #2 in the UK charts and #9 in the US. It was ranked 422nd on the List of Rolling Stone’s 500 Greatest Songs of All Time.

In the book The Kinks: The Official Biography, Davies said that he was inspired to write this song after the band manager Robert Wace had spent the night dancing with a transvestite. Davies said,
(source Wikipedia)

In his apartment, Robert had been dancing with this black woman, and he said, ‘I’m really onto a thing here.’ And it was okay until we left at six in the morning and then I said, ‘Have you seen the stubble?’ He said ‘Yeah,’ but he was too pissed (intoxicated) to care, I think. 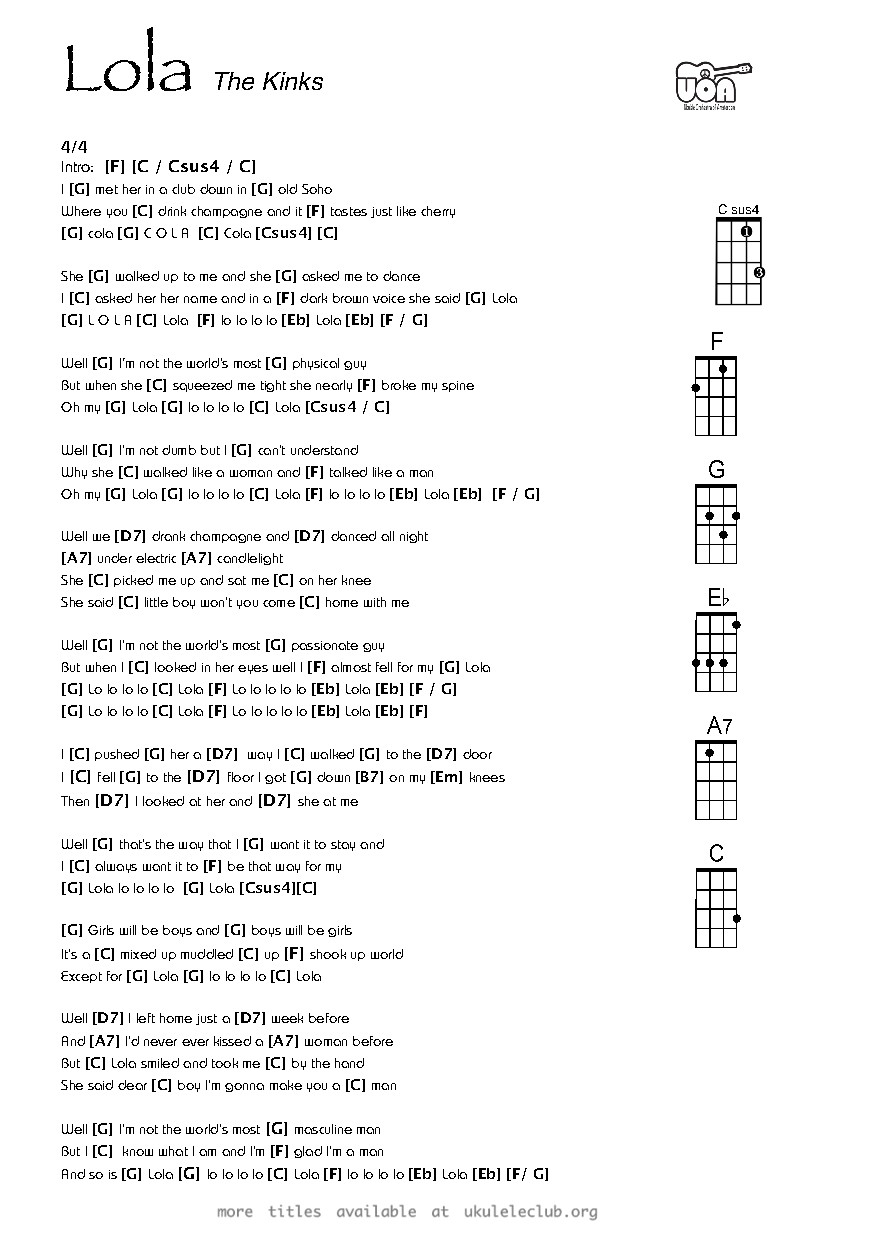