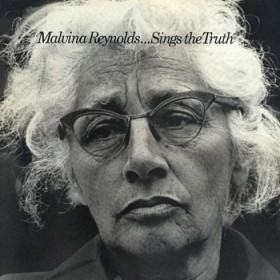 “Little Boxes” is a song written by Malvina Reynolds in 1962, which became a hit for her friend Pete Seeger in 1963. It has recently risen in popularity due to is inclusion as theme for the US TV series “Weeds”.

The song is a political satire about the development of suburbia and associated conformist middle-class attitudes. It refers to suburban tract housing as “little boxes” of different colors “all made out of ticky-tacky”, and which “all look just the same.” “Ticky-tacky” is a reference to the shoddy material used in the construction of housing of that time.

Reynolds was a folk singer-songwriter and political activist in the 1960s and 1970s. Nancy Reynolds, her daughter, explained that her mother came up with the song when she saw the housing developments around Daly City, California, built in the post-war era by Henry Doelger, particularly the neighborhood of Westlake.

My mother and father were driving South from San Francisco through Daly City when my mom got the idea for the song. She asked my dad to take the wheel, and she wrote it on the way to the gathering in La Honda where she was going to sing for the Friends Committee on Legislation. When Time magazine (I think, maybe Newsweek) wanted a photo of her pointing to the very place, she couldn’t find those houses because so many more had been built around them that the hillsides were totally covered.

Reynolds’ version first appeared on her 1967 Columbia Records album Malvina Reynolds Sings the Truth, and can also be found on the Smithsonian Folkways Records 2000 CD re-issue of Ear To The Ground. However, Pete Seeger’s rendition of the song is known internationally, and reached number 70 in the Billboard Hot 100. Seeger was a friend of Reynolds, also a political activist, and like many others in the 1960s he used folk songs as a medium for protest.

The profundity of the satire is attested to by a university professor quoted in Time magazine as saying, “I’ve been lecturing my classes about middle-class conformity for a whole semester. Here’s a song that says it all in 1½ minutes.”

The term “ticky-tacky” became a catchphrase during the 1960s, attesting to the song’s popularity. However, according to Christopher Hitchens, satirist Tom Lehrer described “Little Boxes” as “the most sanctimonious song ever written”. (source Wikipedia) 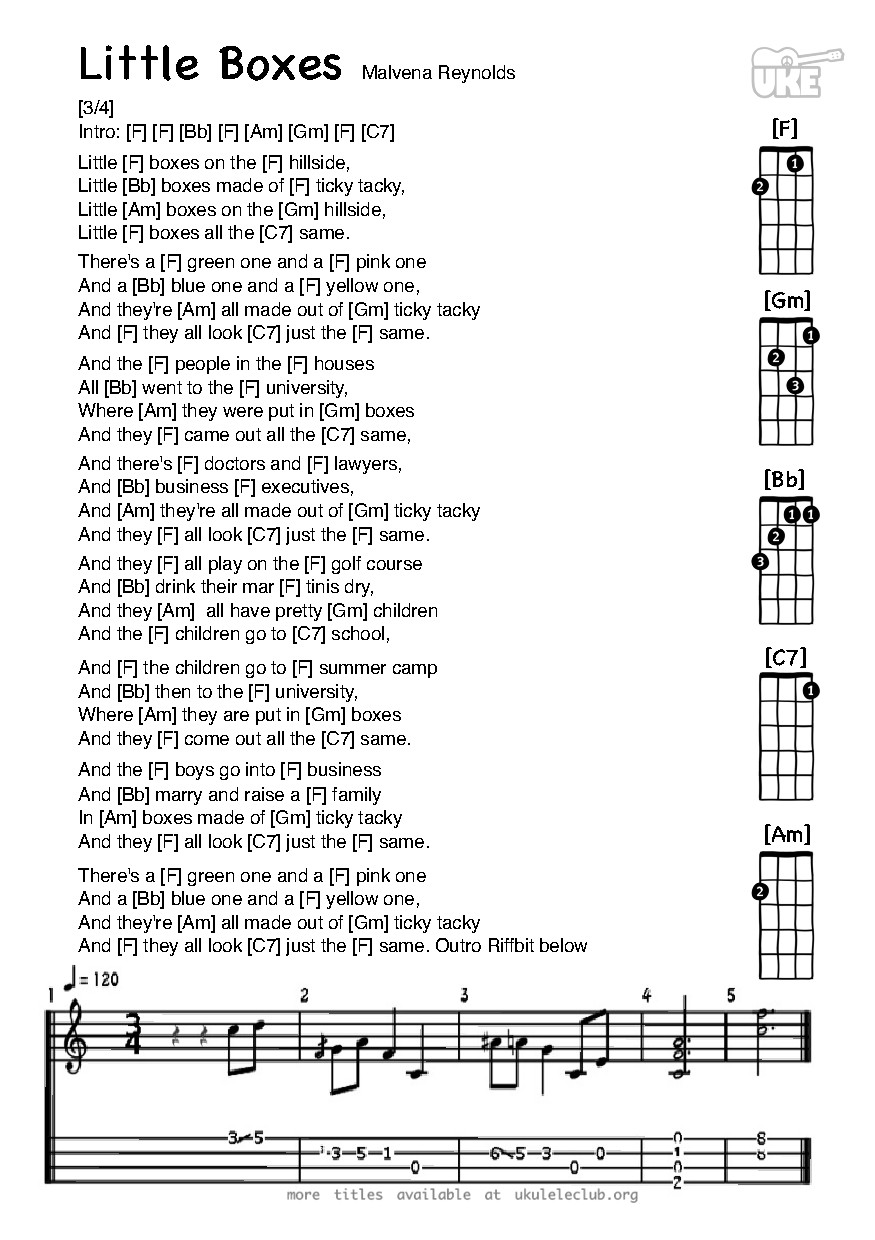