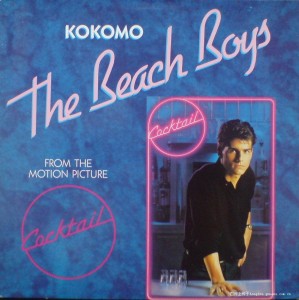 Kokomo” is a song written by John Phillips, Scott McKenzie, Mike Love, and Terry Melcher and recorded by The Beach Boys in spring 1988.

Its lyrics describe two lovers taking a trip to a relaxing island in the Florida Keys called Kokomo, which is said to only be seen by those of pure heart. It was released as a single on July 18, 1988 by Elektra Records and became a No. 1 Hit in the United States, Japan, and Australia (where it topped for about two months).

The single was released to coincide with the release of the Tom Cruise movie Cocktail, and its subsequent soundtrack. It was nominated in the Grammy Award category: Best Song written specifically for a Motion Picture or Television in 1988, but lost to Phil Collins’ “Two Hearts” (from the film Buster). “Two Hearts” and Carly Simon’s “Let the River Run” from “Working Girl” jointly beat it for the Golden Globe Award for Best Original Song.

The place referred to as “Kokomo” in the song is fictional. Although Kokomo, Indiana, Kokomo, Arkansas, Kokomo, Hawaii, and several other Kokomos do exist, the song refers to a place “off the Florida Keys.” The name was later used by resorts in Sandals Cay, Jamaica, and Grassy Key, Florida.

The song also mentions many places in or near the Caribbean: in order of their appearance in the song, Aruba, Jamaica, Bermuda, Bahama(s), Key Largo, Montego, Martinique, Montserrat, and Port-au-Prince. (source Wikipedia) 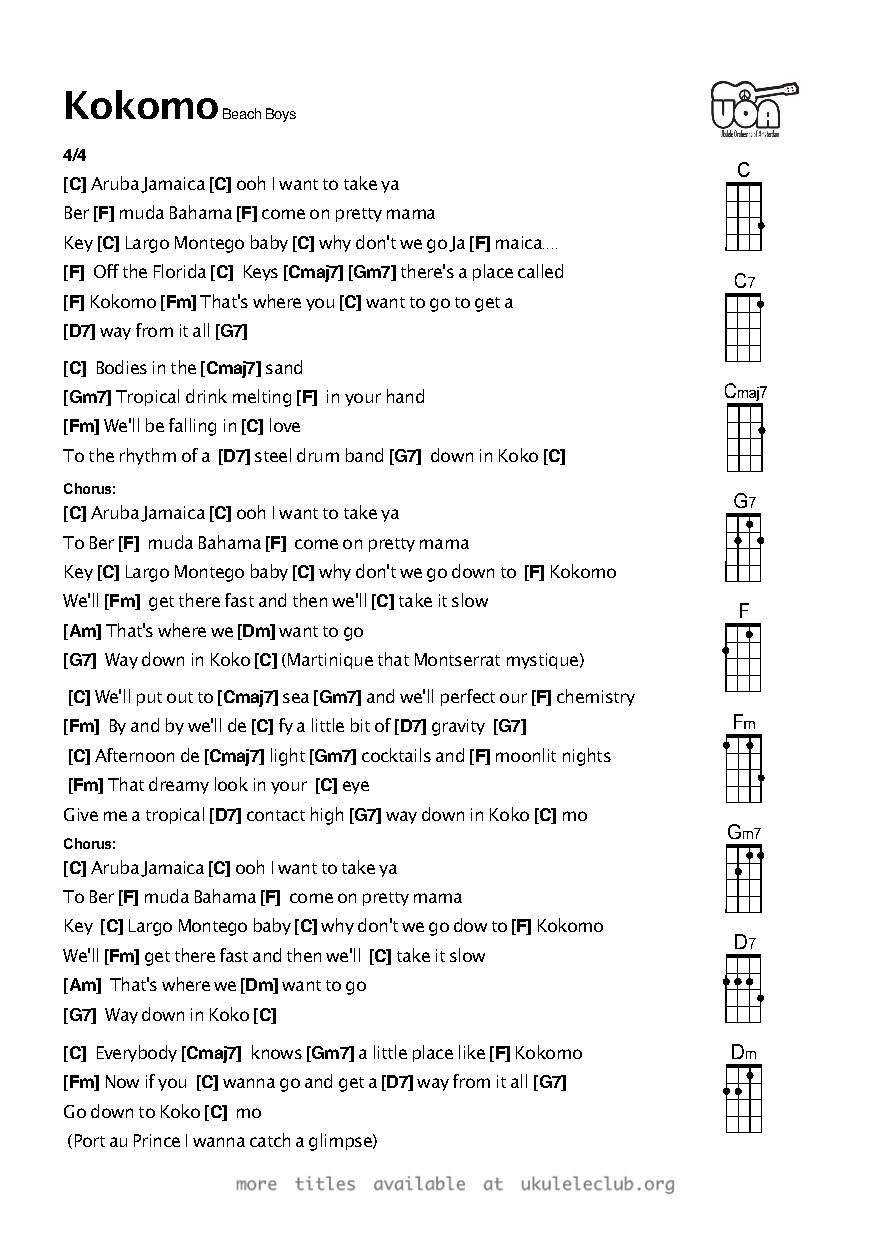