Killing Me Softly With His Song 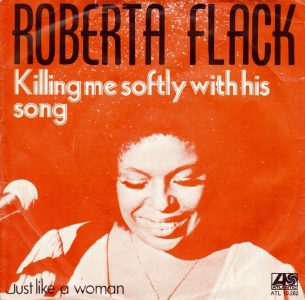 “Killing Me Softly with His Song” is a song composed by Charles Fox with lyrics by Norman Gimbel.

The song was written in collaboration with Lori Lieberman, who recorded the song in late 1971. In 1973 it became a number-one hit in the US and Canada for Roberta Flack, also reaching number six in the UK Singles Chart. The song has since been covered by numerous artists, including the version by the Fugees, which won the 1997 Grammy for Best R&B Performance by a Duo or Group with Vocal.

Lieberman was the first to record the song in late 1971, releasing it in early 1972. Helen Reddy has said she was sent the song, but “the demo… sat on my turntable for months without being played because I didn’t like the title”.

Roberta Flack first heard the song on an airline, when the Lieberman original was featured on the in-flight audio program. After scanning the listing of available audio selections, Flack would recall: “The title, of course, smacked me in the face. I immediately pulled out some scratch paper, made musical staves then played the song at least eight to ten times jotting down the melody that I heard. When I landed, I immediately called Quincy Jones at his house and asked him how to meet Charles Fox. Two days later I had the music.” Shortly afterwards Flack rehearsed the song with her band in the Tuff Gong Studios in Kingston, Jamaica, but did not then record it.

Released in January 1973, Flack’s version spent a total of five non-consecutive weeks at #1 in February and March, more weeks than any other record in 1973, being bumped to number 2 by the O’Jays’ “Love Train” after four straight weeks atop the Billboard Hot 100. Billboard ranked it as the No. 3 song for 1973. (source Wikipedia) 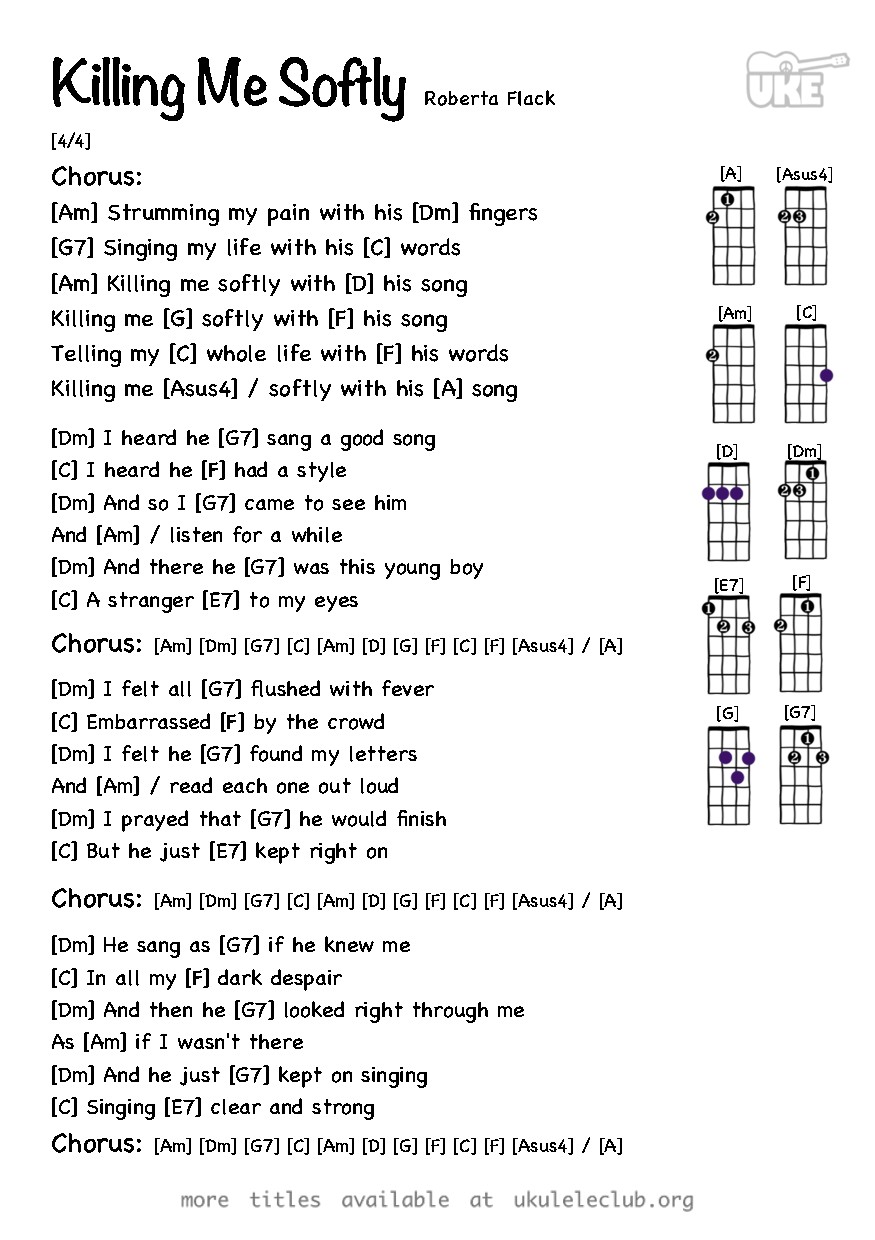 Discuss "Killing Me Softly With His Song"