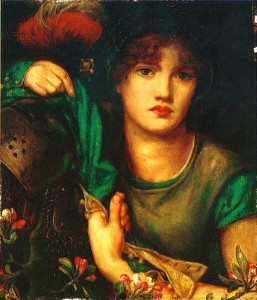 Greensleeves is a traditional English folk song and tune, over a ground either of the form called a romanesca or of its slight variant, the passamezzo antico.

A broadside ballad by this name was registered at the London Stationer’s Company in September 1580, by Richard Jones, as “A Newe Northen Dittye of ye Ladye Greene Sleves”. Six more ballads followed in less than a year, one on the same day, 3 September 1580 (“Ye Ladie Greene Sleeves answere to Donkyn hir frende” by Edward White), then on 15 and 18 September (by Henry Carr and again by White), 14 December (Richard Jones again), 13 February 1581 (Wiliam Elderton), and August 1581 (White’s third contribution, “Greene Sleeves is worne awaie, Yellow Sleeves Comme to decaie, Blacke Sleeves I holde in despite, But White Sleeves is my delighte”). It then appears in the surviving A Handful of Pleasant Delights (1584) as A New Courtly Sonnet of the Lady Green Sleeves. To the new tune of Green Sleeves.

The tune is found in several late-16th-century and early 17th-century sources, such as Ballet’s MS Lute Book and Het Luitboek van Thysius, as well as various manuscripts preserved in the Seeley Historical Library at the University of Cambridge.

There is a persistent belief that Greensleeves was composed by Henry VIII for his lover and future queen consort Anne Boleyn. Boleyn allegedly rejected King Henry’s attempts to seduce her and this rejection may be referred to in the song when the writer’s love “cast me off discourteously”. However, the piece is based on an Italian style of composition that did not reach England until after Henry’s death, making it more likely to be Elizabethan in origin.

One possible interpretation of the lyrics is that Lady Green Sleeves was a promiscuous young woman and perhaps a prostitute. At the time, the word “green” had sexual connotations, most notably in the phrase “a green gown”, a reference to the way that grass stains might be seen on a woman’s dress if she had engaged in sexual intercourse out of doors.

An alternative explanation is that Lady Green Sleeves was, through her costume, incorrectly assumed to be sexually promiscuous. Her “discourteous” rejection of the singer’s advances supports the contention that she is not.

In Nevill Coghill’s translation of The Canterbury Tales, he explains that “green [for Chaucer’s age] was the colour of lightness in love. This is echoed in ‘Greensleeves is my delight’ and elsewhere.” (source Wikipedia) 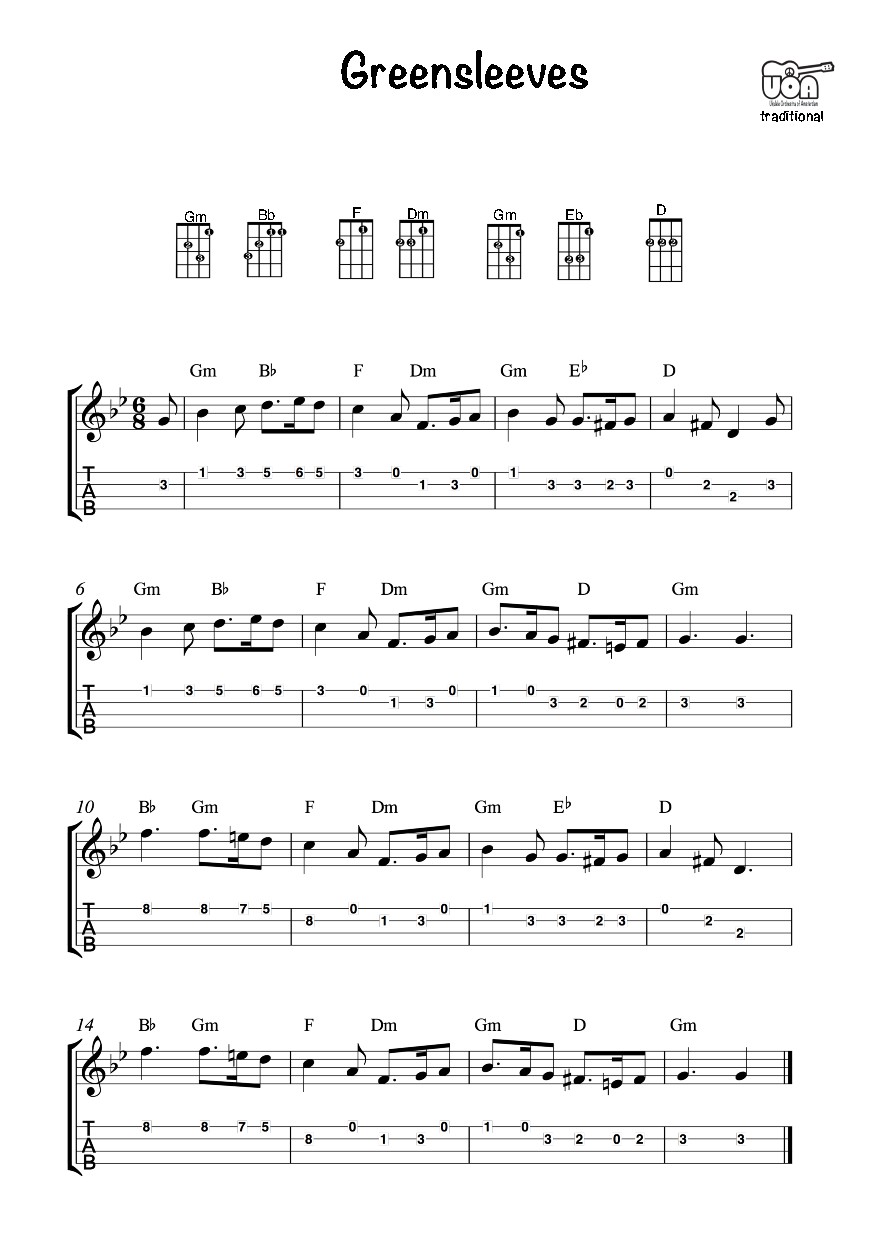 Thank you for the tab 😉

Candace is working on some more traditional  / classical tabs. I’ll post a new one very soon!

Are you gonna make more tabs