Going up the Country 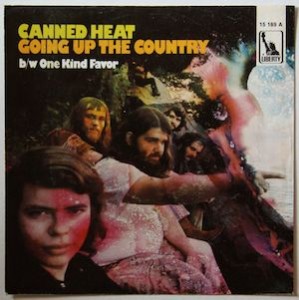 The theme for WoodStock the movie – Going up the Country by Canned Heat.

“Going Up the Country” (also Goin’ Up the Country) is a song by the American blues-rock group Canned Heat. Called a “rural hippie anthem”, it became one of the group’s biggest hits and best-known songs. As with their previous single, “On the Road Again”, the song was adapted from a 1920s blues song and sung in a countertenor-style by Alan Wilson.

Canned Heat, who were early blues enthusiasts, based “Going Up the Country” on “Bull Doze Blues”, recorded in 1928 by Texas bluesman Henry Thomas. Thomas was from the songster tradition and had a unique sound, sometimes accompanying himself on quills, an early Afro-American wind instrument similar to panpipes. He recorded “Bull Doze Blues” in Chicago on June 13, 1928 for Vocalion Records (no. 1230).

For “Going Up the Country”, Canned Heat’s Wilson used Thomas’ melody on the quills and his basic rhythm, but arranged it for a rock setting and rewrote the lyrics. In addition to the bass and drum rhythm section, Henry Vestine supplied a “light electric rhythm guitar” and multi-instrumentalist Jim Horn reproduced Thomas’ quill parts on the flute. Although linked to the counterculture of the 1960s’ back-to-the-land movement, Wilson’s lyrics are ambiguous:

Now baby pack your leaving trunk, you know we’ve got to leave today
Just exactly where we’re going I cannot say, but we might even leave the U.S.A.
‘Cause there’s a brand new game that I wanna play

“Going Up the Country” was first released on Canned Heat’s third album, Living the Blues, in October 1968. A month later, it was released as a single and reached number eleven on the U.S. Billboard Hot 100 singles chart in December, making it the highest charting single of their career. In January 1969, the song peaked at number 19 on the UK Singles Chart. The song appears on several Canned Heat compilation albums, including Let’s Work Together: The Best of Canned Heat (1989) and Uncanned! The Best of Canned Heat (1994).

Canned Heat performed “Going Up the Country” at the Woodstock music festival in August 1969. The song has been described as the “unofficial anthem” of the festival and is featured early in the film. In the film, Woodstock, Canned Heat’s spoken introduction to their performance of the song is heard, but the movie then cuts to the studio recording played over a montage of festival attendees.

The 1970 soundtrack album Woodstock: Music from the Original Soundtrack and More features the festival performance of the song, but without the spoken intro.
Renditions of “Going Up the Country” have been recorded by several musicians, including Luca Prodan, Kitty, Daisy & Lewis, and the Nitty Gritty Dirt Band. (source Wikipedia) 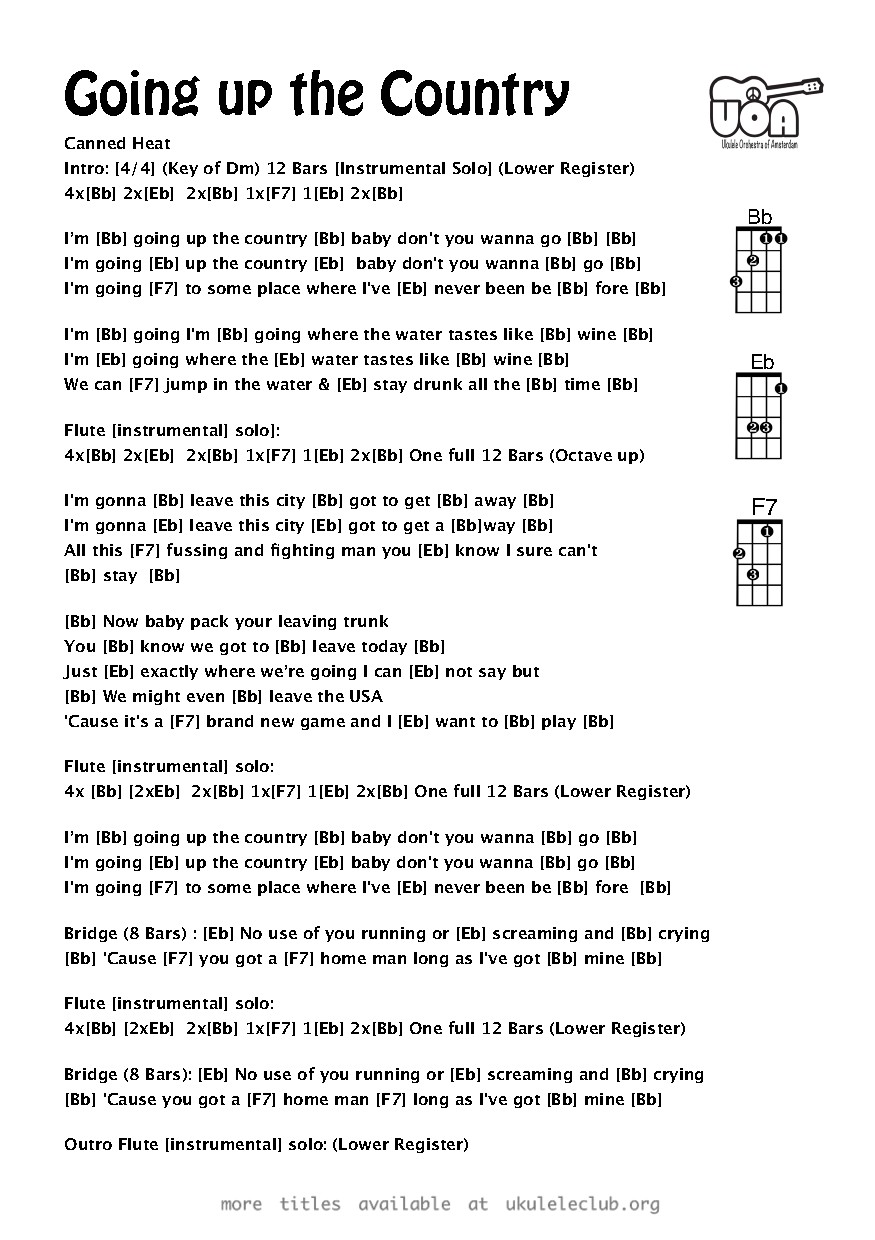 Discuss "Going up the Country"

This is a cool song! The sixties in a nutshell 🙂