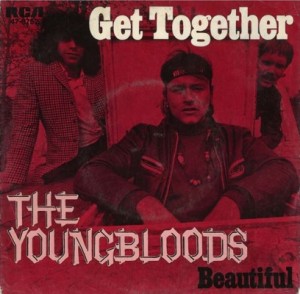 Get Together”, also known as “Let’s Get Together”, is a song written in the early 1960s by American singer-songwriter Chet Powers (aka Dino Valenti).

The song is an appeal for peace and brotherhood, presenting the polarity of love versus fear, and the choice to be made between them. It is best remembered for the impassioned plea in the lines of its refrain, which is repeated several times in succession to bring the song to its conclusion.

The song was originally recorded as “Let’s Get Together” by The Kingston Trio and released on June 1, 1964, on their album Back in Town. While it was not released as a single, this version was the first to bring the song to the attention of the general public. The Kingston Trio often performed it live.

A version of the song first broke into the top forty in 1965, when We Five, produced by Kingston Trio manager Frank Werber, released “Let’s Get Together” as the follow-up to their top ten hit “You Were on My Mind.” While it did not achieve the same level of success as the other, “Let’s Get Together” provided the group with a second top 40 hit on the Billboard Hot 100 when it peaked at #31. It would be their last hit record.

Judy Collins performed the song live at the 1966 Newport Folk Festival and her version was included on a later album compiling highlights of various Newport Festivals. From 1967-1969, “Get Together” was a staple in Joni Mitchell’s shows, often playing the song as an encore. The 1960s band HP LoveCraft also made a cover of the song. 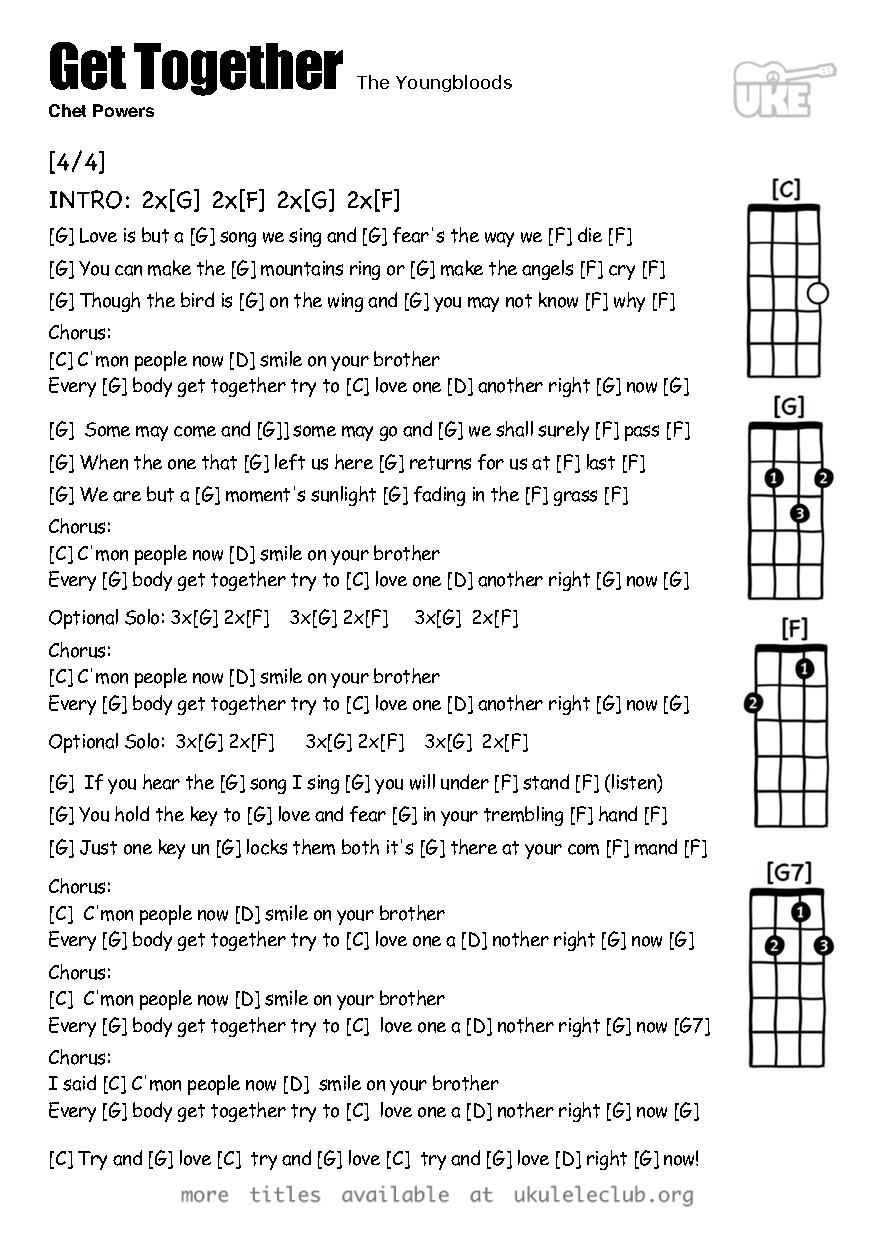