Flowers on the Wall 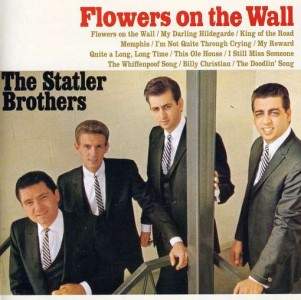 “Flowers on The Wall” is a song made famous by country music group The Statler Brothers.

Written and composed by the group’s original tenor, Lew DeWitt, the song peaked in popularity in January 1966, spending four weeks at No. 2 on the Billboard magazine Hot Country Singles chart, and reaching No. 4 on the Billboard Hot 100 chart.

The song was used in the soundtrack to the 1994 film Pulp Fiction.

It was also used as the title theme of the 2001-2002 BBC Radio 4 sitcom: Linda Smith’s A Brief History of Timewasting. (source Wikipedia) 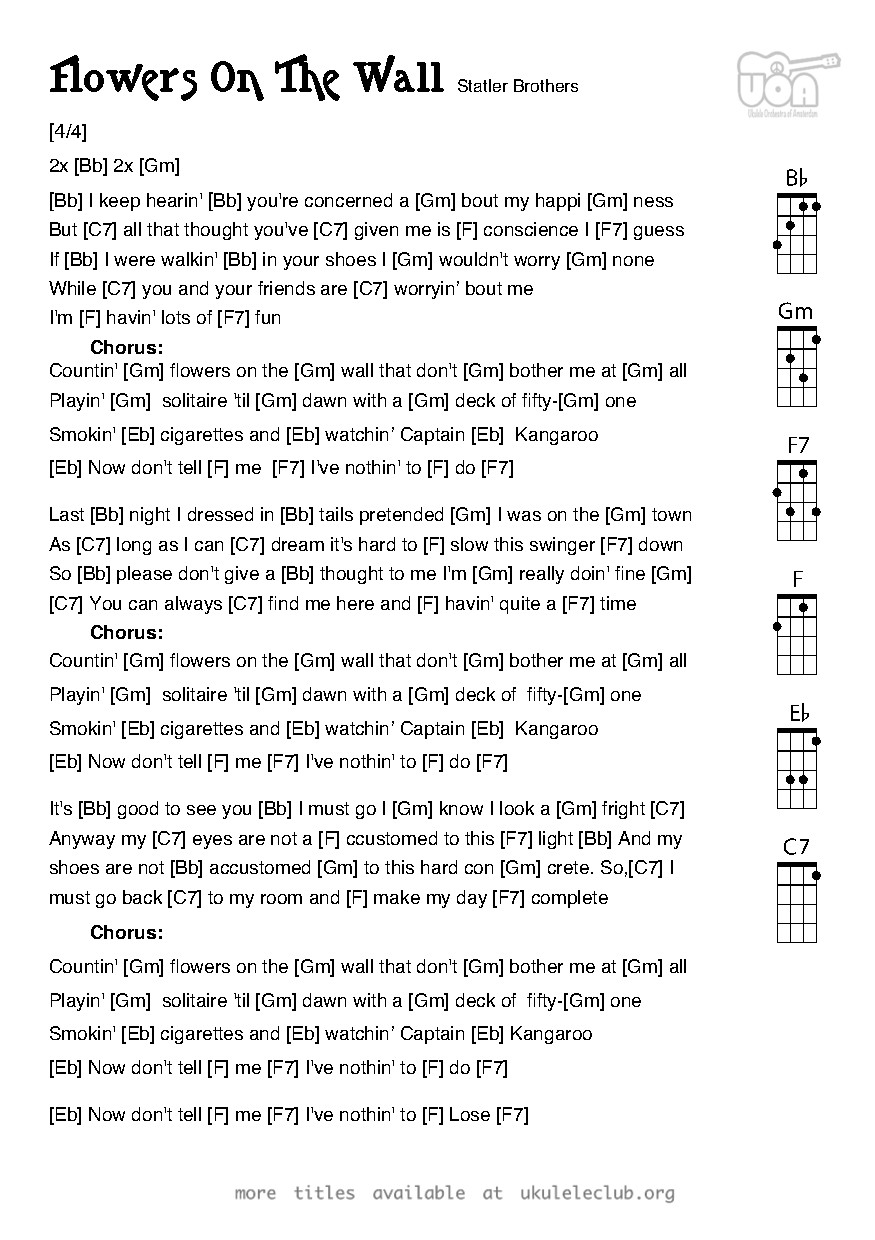 Discuss "Flowers on the Wall"