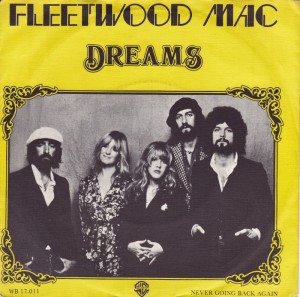 Dreams” is a song written by singer Stevie Nicks, for the group Fleetwood Mac’s 1977 album, Rumours. The song was the only U.S. #1 hit for the group where it sold over a million copies, and remains one of their best known songs.

The members of Fleetwood Mac were experiencing emotional upheavals while recording Rumours. Drummer Mick Fleetwood was going through a divorce. Bassist John McVie was separating from his wife, keyboardist Christine McVie. Guitarist Lindsey Buckingham and Nicks were ending their eight-year relationship. “We had to go through this elaborate exercise of denial,” explained Buckingham to Blender magazine, “keeping our personal feelings in one corner of the room while trying to be professional in the other.”

Nicks wrote the song at the Record Plant studio in Sausalito, California, in early 1976. “One day when I wasn’t required in the main studio,” remembers singer Stevie Nicks to Blender, “I took a Fender Rhodes piano and went into another studio that was said to belong to Sly, of Sly & the Family Stone. It was a black-and-red room, with a sunken pit in the middle where there was a piano, and a big black-velvet bed with Victorian drapes.”

“I sat down on the bed with my keyboard in front of me,” continues Nicks. “I found a drum pattern, switched my little cassette player on and wrote ‘Dreams’ in about 10 minutes. Right away I liked the fact that I was doing something with a dance beat, because that made it a little unusual for me.”

When Nicks played the song to the rest of the group, they decided to record it the following day. Only a basic track was recorded at Sausalito. Recording assistant Cris Morris remembers that “all (they) kept was the drum track and live vocal from Stevie — the guitars and bass were added later in Los Angeles.”

Christine McVie described the song as having “just three chords and one note in the left hand” and “boring” when Nicks played a rough version on the piano. McVie changed her mind, after Lindsey “fashioned three sections out of identical chords, making each section sound completely different. He created the impression that there’s a thread running through the whole thing.”

“Dreams” was the second single from the Rumours album in the US, and it reached the number one spot on June 18, 1977, and held it for one week. On the AC/Easy Listening chart, “Dreams” was Fleetwood Mac’s highest charting song during the 1970s when it reached #11 on that chart. In the United Kingdom, “Dreams” went to #24 as the third single, staying in the top 40 for eight weeks. (source Wikipedia) 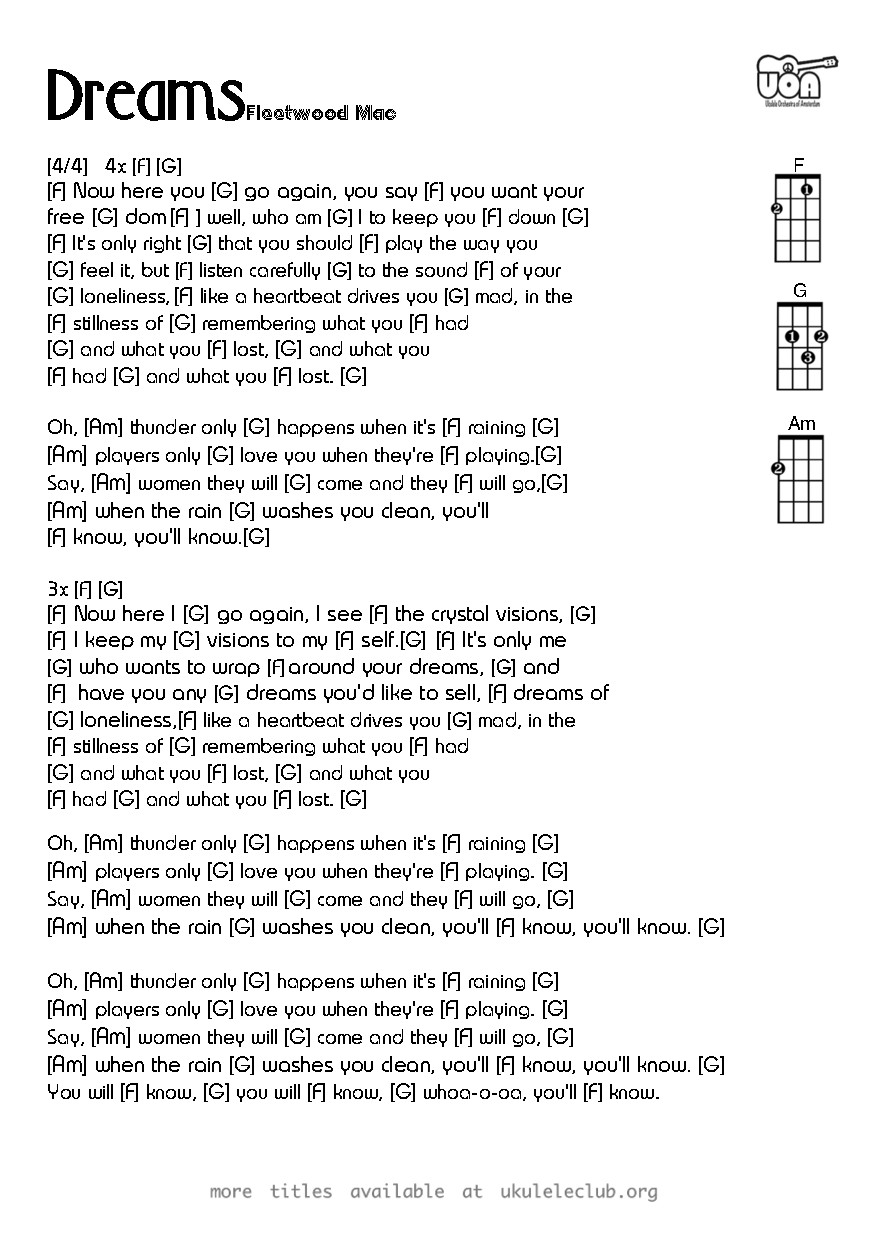