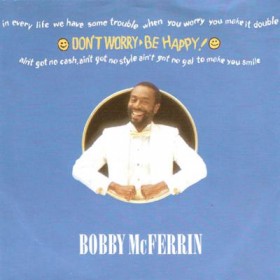 Don’t Worry, Be Happy” is a song by musician Bobby McFerrin. Released in September 1988, it became the first a cappella song to reach number one on the Billboard Hot 100 chart, a position it held for two weeks.

The song’s title is taken from a famous quote by Meher Baba. The original music video stars Robin Williams and Bill Irwin. The “instruments” in the a cappella song are entirely overdubbed voice parts and other sounds made by McFerrin, using no instruments at all. The music video for the song is considerably shorter than the album version.

Versions of “Don’t Worry, Be Happy” have been recorded by several artists. The Katsimiha Brothers made a Greek cover of the song with original lyrics, and Montenegrin musician Rambo Amadeus made a parody entitled “Don’t Happy, Be Worry”, as a critique to the optimism of the music scene in the former Yugoslavia in the face of war and economic depression. In addition, the lyrics of “Fight the Power” by hip-hop artists Public Enemy refer critically to “Don’t Worry, Be Happy”.

This song is also added into the Big Mouth Billy Bass, a very popular animatronic singing toy. Hermes House Band covered the song on their Rhythm of the Nineties album in 2009. Reggae artist Cas Haley covered the song as a hidden bonus track on his Favorites album (together with former Jah Roots lead singer, Josh Heinrichs). 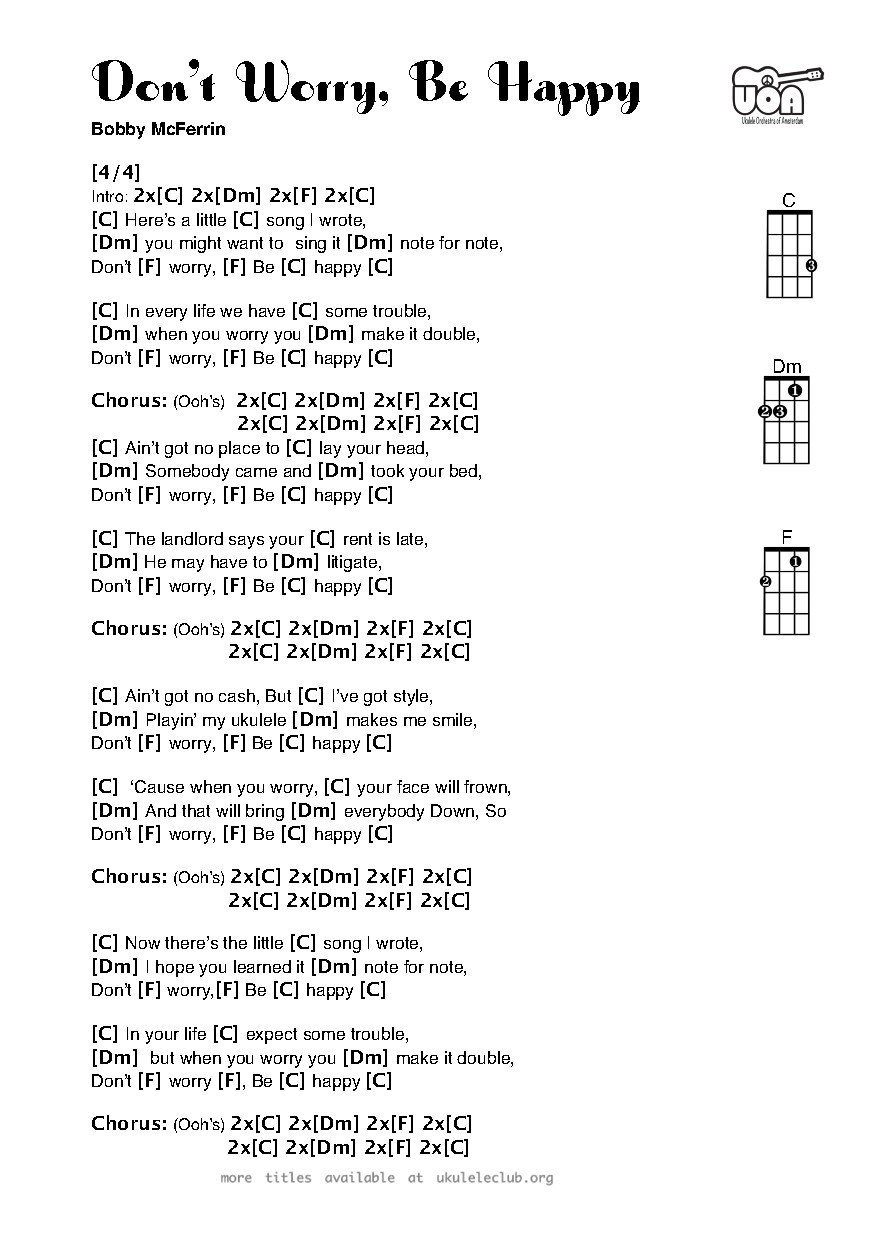 Do you have the fingerpicking for this? just like Canon in C? That would be great.  Id rather then the chords, it sounds more original, and no singing involved 🙂

Sorry we don’t. We sing and strum it. If you work out a fingerpicked instrumental version, we’d love to see it 🙂

You can find an ukulele instrumental version of this fantastic tune.