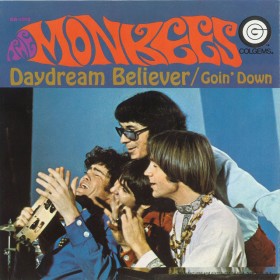 “Daydream Believer” is a song composed by John Stewart shortly before he left the Kingston Trio.

The song was originally recorded by The Monkees, with Davy Jones singing lead vocals. The single hit the number one spot on the U.S. Billboard Hot 100 chart in December 1967, remaining there for four weeks, and peaked at number five in the UK Singles Chart. It was the Monkees’ last number one hit in the U.S. In 1979, the song was also recorded by Anne Murray, whose version reached number three on the U.S. country singles chart and number twelve on the Billboard Hot 100.

Producer Chip Douglas introduced the Monkees to the song. It was recorded during the sessions for their 1967 album Pisces, Aquarius, Capricorn & Jones Ltd., but was ultimately included on their 1968 album The Birds, The Bees & the Monkees. All four Monkees appear on the track, with Michael Nesmith on lead guitar, Peter Tork on piano (it was his only appearance on the album and he provided the arrangement ), and Micky Dolenz on backing vocals. Davy Jones wasn’t sure of the song’s potential at first, and admitted later that he’d recorded the vocal with a hint of annoyance at the ongoing takes. His feelings changed when the song became a hit.

John Stewart’s original lyrics in the second stanza were: “You once thought of me as a white knight on a steed, Now you know how funky I can be”. When the Monkees recorded the song, “funky” was changed to “happy.”

In 1986, three of the four Monkees (Dolenz, Jones, and Tork) mounted a successful reunion tour and had a major hit with the newly recorded “That Was Then, This Is Now.” Arista Records, which owned the Monkees’ masters at the time, re-released “Daydream Believer” as a follow-up single, re-mixed with a heavier drum track by Michael Lloyd who had produced “That Was Then, This Was Now”. The re-released single was a minor hit the second time out, garnering some brief airplay on Top 40 radio stations of the day. (source Wikipedia) 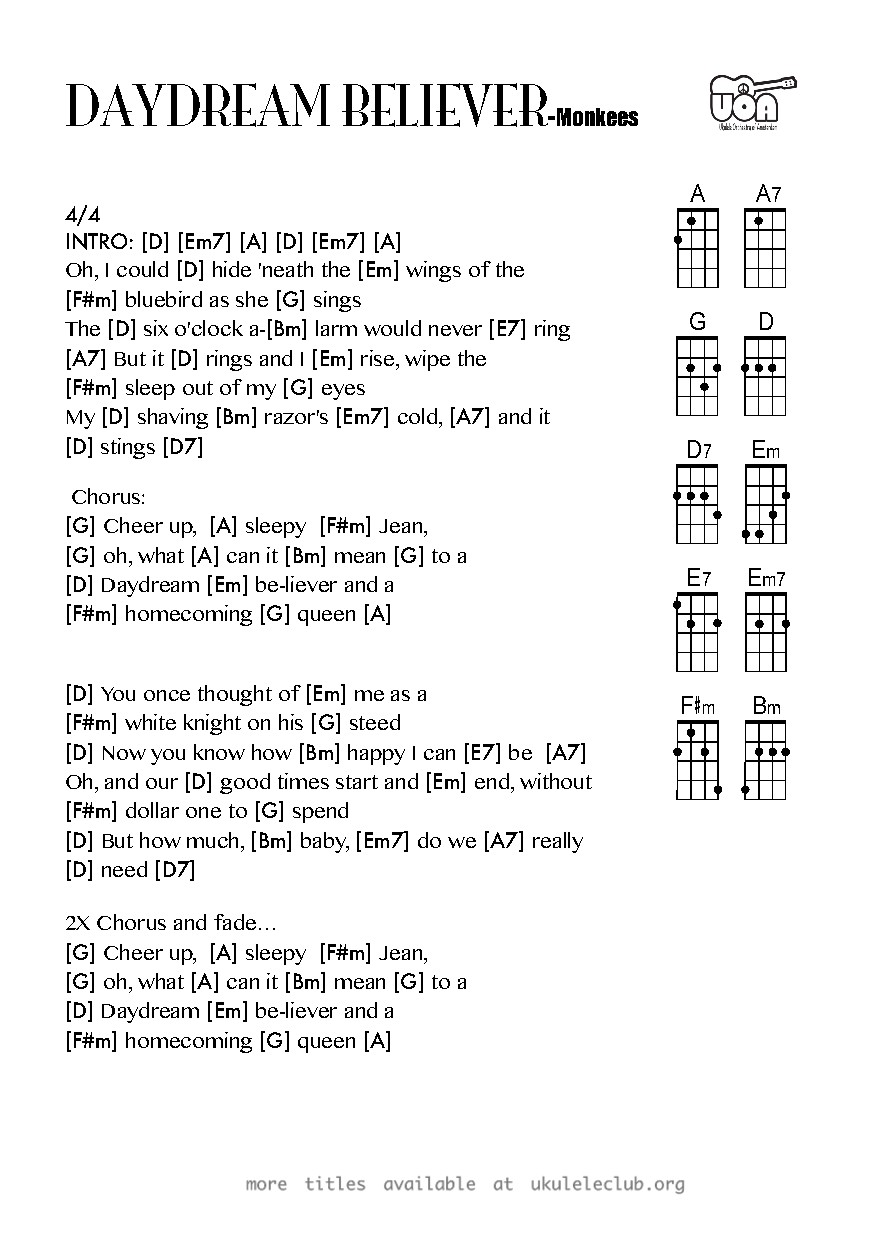