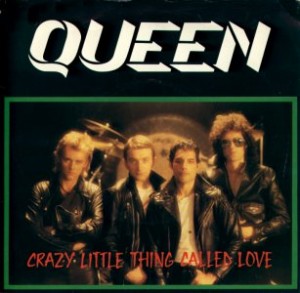 Crazy Little Thing Called Love” is a song by the rock band Queen.

Written by Freddie Mercury in 1979, the track is featured on their 1980 album The Game, and also appears on the band’s compilation album, Greatest Hits. The song peaked at number two in the UK Singles Chart in 1979, and hit number one on the Billboard Hot 100 in the U.S. on 23 February 1980, remaining there for four consecutive weeks. It topped the Australian ARIA Charts for seven weeks.

Having composed “Crazy Little Thing Called Love” on guitar, Mercury played rhythm guitar while performing the song live, which was the first time he played guitar in concert.

Queen played the song live between 1979 and 1986, and a live performance of the song is recorded in the albums Queen Rock Montreal and Queen at Wembley. Since its release, the song has been covered by a number of artists. The song was played live on 20 April 1992 during The Freddie Mercury Tribute Concert, performed by Robert Plant with Queen.

The style of the song was described by author Karl Coryat as rockabilly in his 1999 book titled The Bass Player Book. (source Wikipedia) 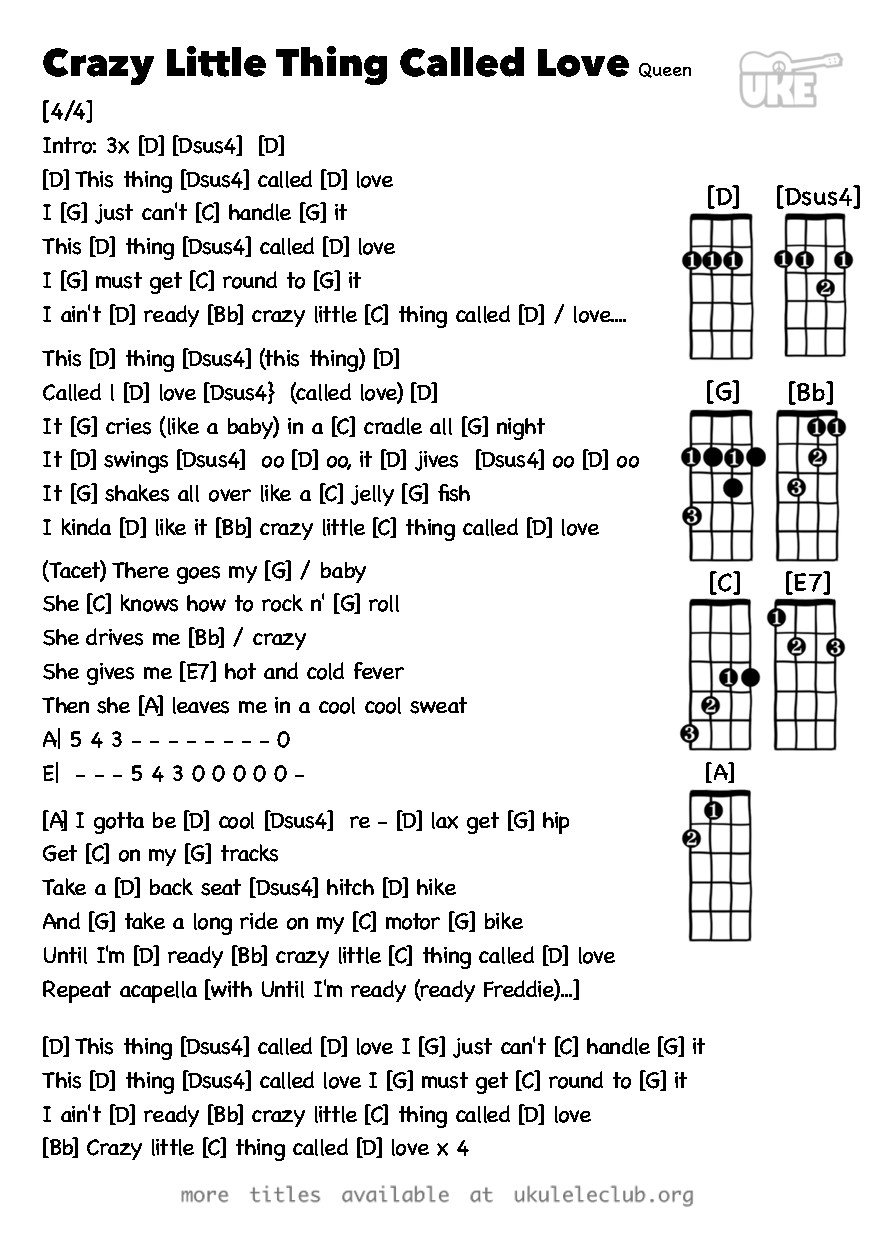