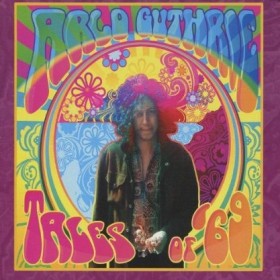 “It was one of those bumpy flights where the whole plane just drops and you feel like you’re in a car that just bottomed out on the road.”

The ride was so rough that stewardesses were dropping chicken dinners off their trays. Passenger Guthrie had another reason for jangled nerves; his London friends had sent the young American home with some gifts and, after takeoff, he opened one and found some contraband inside that left him in a smuggler’s sweat and, later, inspired a song.

Coming in from London from over the pole, Flying in a big airliner
Chickens flying everywhere around the plane, Could we ever feel much finer?
Coming into Los Angeles, bringing in a couple of keys
Don’t touch my bags if you please, Mister Customs Man

The son of Woody Guthrie was already a counterculture star thanks to the 1967 folk epic “Alice’s Restaurant Massacre,” and he only added to his rep as a troubadour prodigy when he performed “Coming Into Los Angeles” at Woodstock in 1969.  (source LA Times) 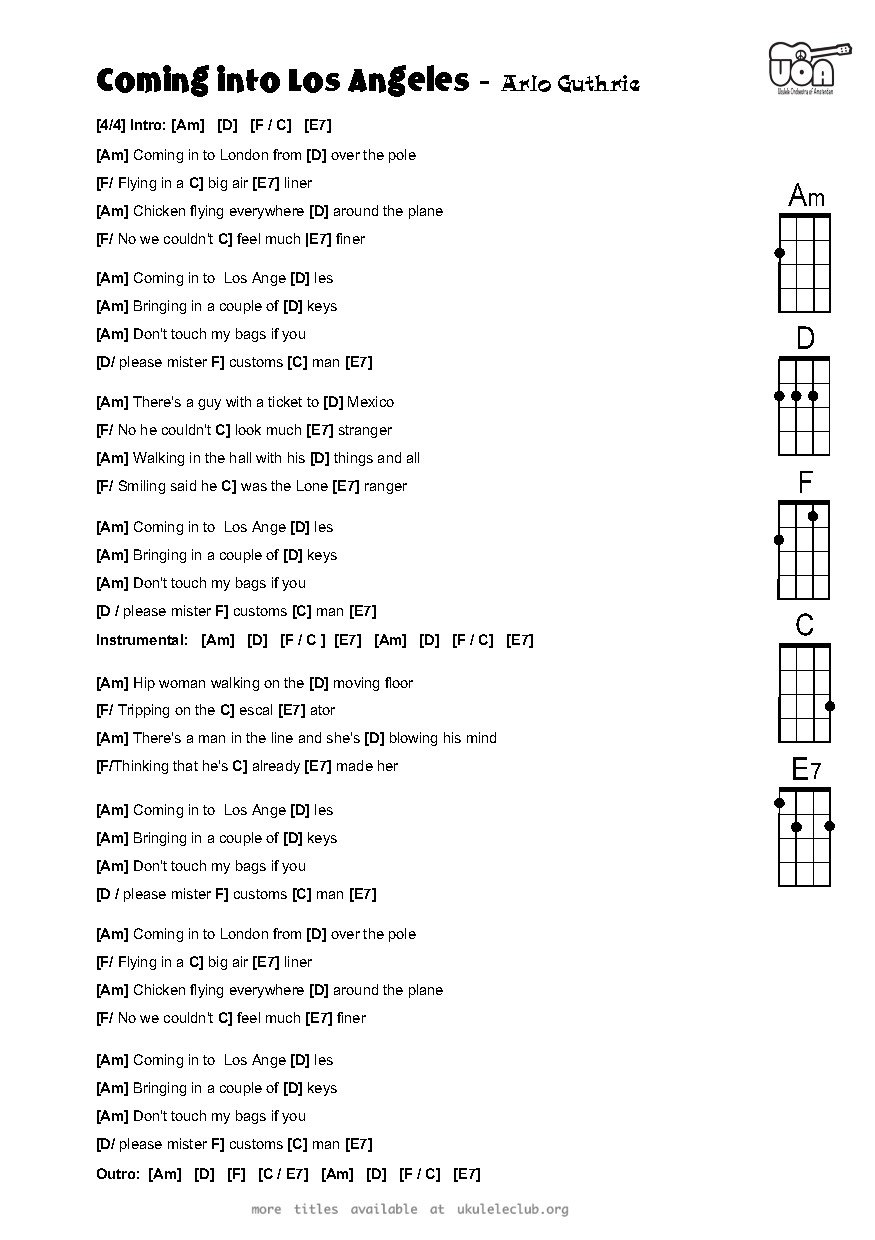