These Boots are Made for Walkin’ 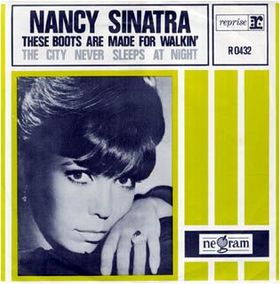 “These Boots Are Made for Walkin'” is a pop song written by Lee Hazlewood and recorded by Nancy Sinatra.

It was released on February 22, 1966, and hit #1 in the United States and United Kingdom Pop charts.

Subsequently, many cover versions of the song have been released in a range of styles: metal, pop, rock, punk rock, country, dance, and industrial. Jessica Simpson, Geri Halliwell, Jewel, Operation Ivy and KMFDM also released covers of the song.

The second single taken from her debut album Boots, and follow-up to the minor hit “So Long, Babe,” the song became an instant success. In late February 1966, the song topped the Billboard Hot 100 chart, a move it replicated in similar charts across the world. (source Wikipedia) 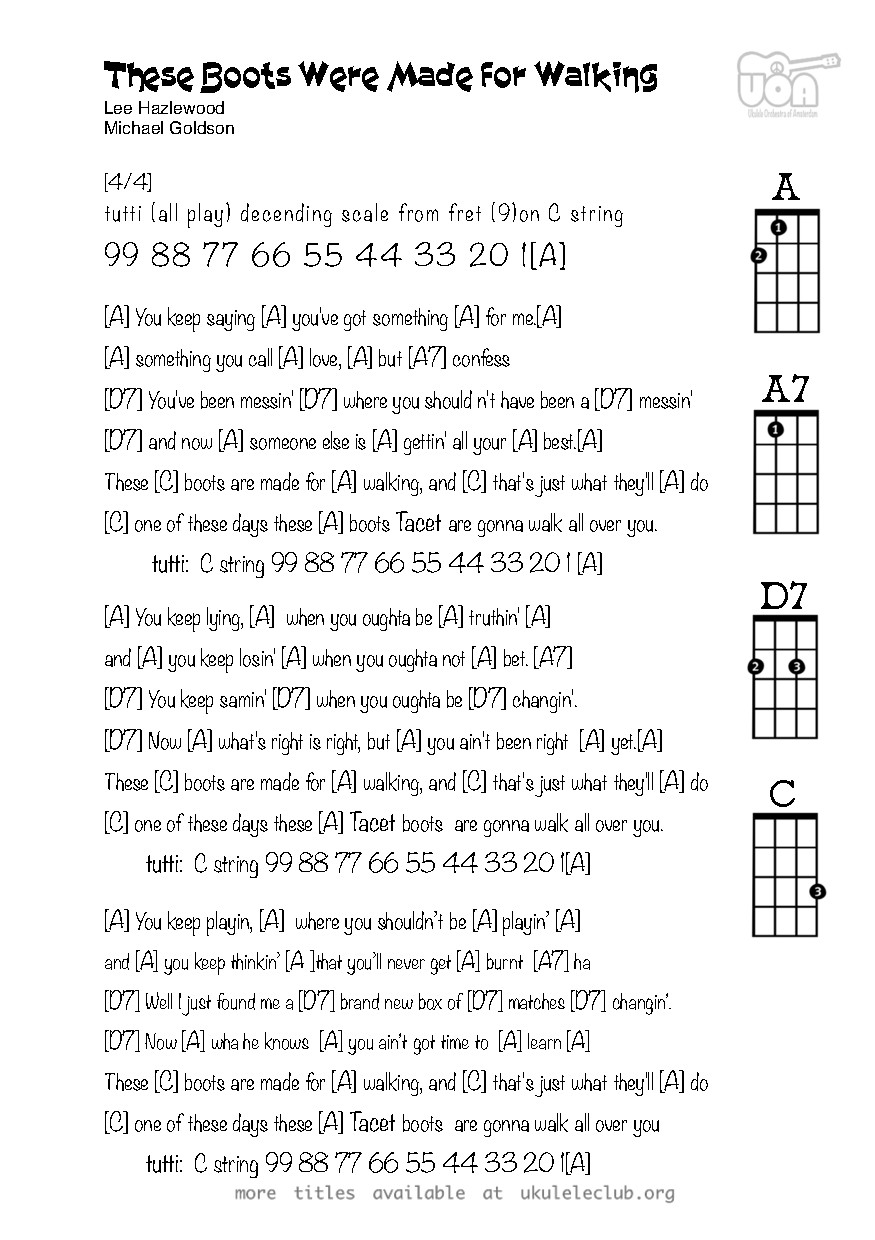 Discuss "These Boots are Made for Walkin’"