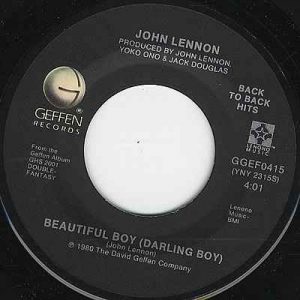 Beautiful Boy (Darling Boy) is a song written and performed by John Lennon. It was released on the 1980 album Double Fantasy, the last album by Lennon and Ono released before his death.

Paul McCartney has stated this is one of his favourite songs composed by Lennon, and when he appeared on Desert Island Discs in 1982 included it as his favourite in his selection, as did Yoko Ono as the only John Lennon song in 2007.

The song was written for Lennon’s son Sean, his only child with Yoko Ono. It begins with John comforting his son from what is presumably a nightmare and develops into John passionately describing the love he has for his son and the joy Sean gave him.

At the end of the song, John Lennon whispers “Good night, Sean. See you in the morning. Bright and early.” in a similar fashion to what Ringo Starr whispers at the end of the Beatles song “Good Night”, which was a song written by John Lennon for his other son, Julian Lennon.

The lyrics of “Beautiful Boy (Darling Boy)” contain the famous Lennon quote “Life is what happens to you while you’re busy making other plans.” However, the expression of this sentiment can be traced back to a 1957 Reader’s Digest article, which attributes it to Allen Saunders. (source Wikipedia) 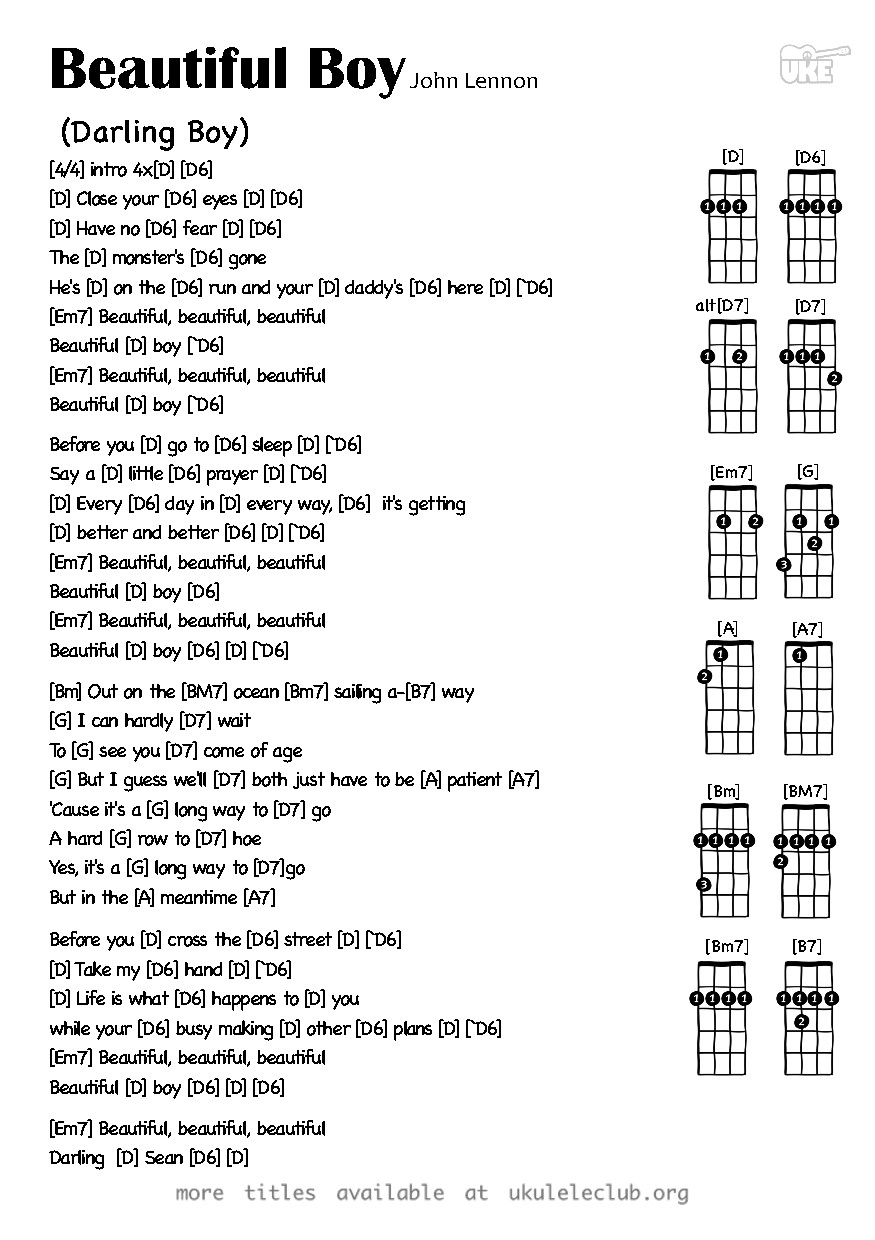