Baby I Love Your Way 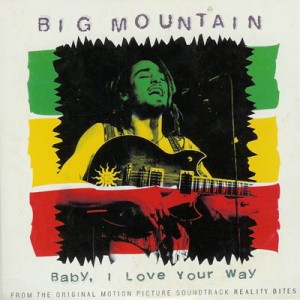 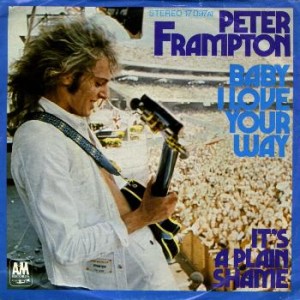 Baby, I Love Your Way” is a song written and performed by English singer Peter Frampton. It was released in September 1975 and was first featured on Frampton’s 1975 album, Frampton. The song segues from the previous track “Nassau”.

A live version of the song was later released on his 1976 multi-platinum album Frampton Comes Alive!, where it gained popularity as a hit song, peaking at number 12 on the U.S. Billboard Hot 100 chart. It was covered by American reggae group Big Mountain in 1994 and achieved major worldwide success.

The song was covered by the American reggae/pop band Big Mountain in 1994, reaching number 6 on the Billboard Hot 100 chart[1] and number 2 on the UK Singles Chart (being kept off the top spot by Love is All Around by Wet Wet Wet). Their version achieved major worldwide success, reaching the top ten in many countries across Europe. Their version is featured on the soundtrack for the 1994 movie Reality Bites. In the film itself, Michael Grates (played by Ben Stiller) explains the origins of the Frampton song. (Source Wikipedia) 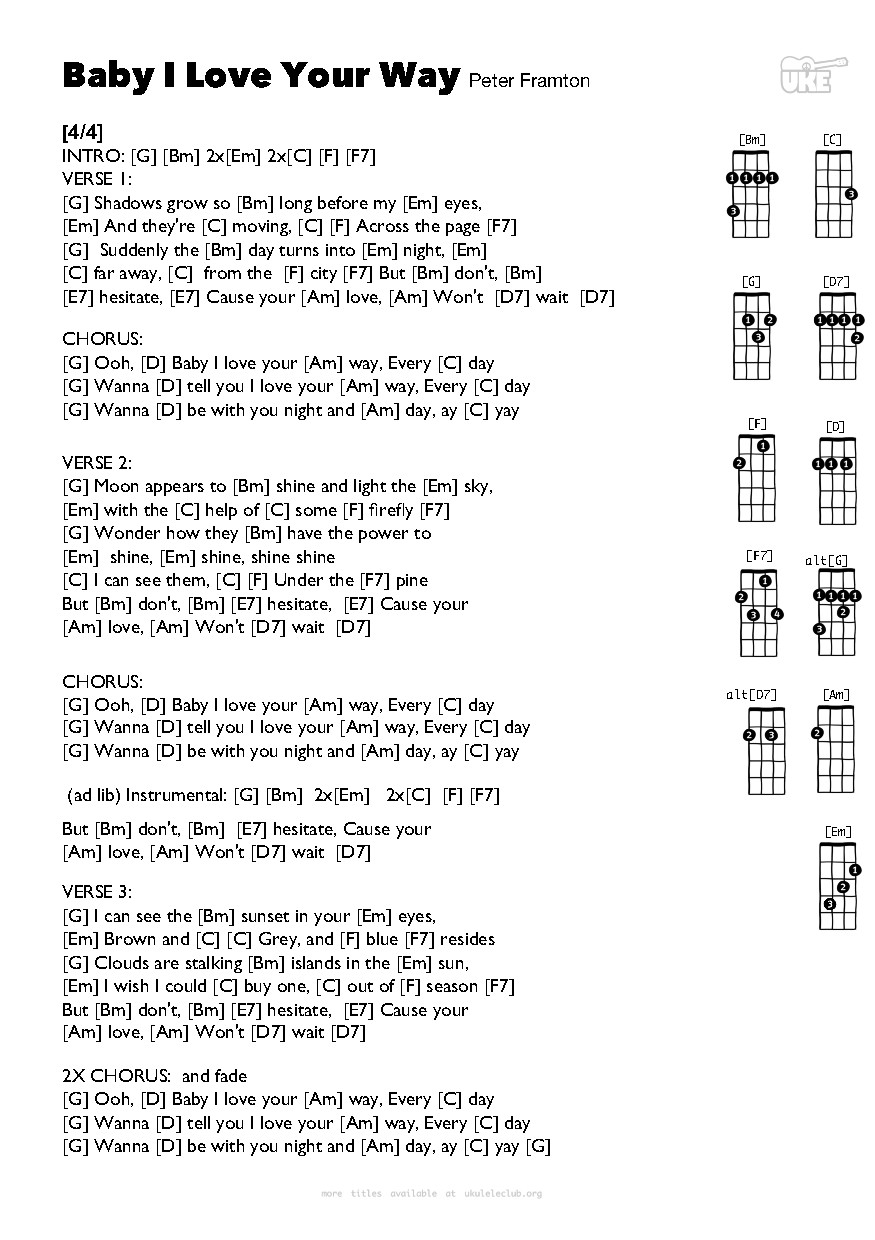 Discuss "Baby I Love Your Way"

what is the strumming pattern