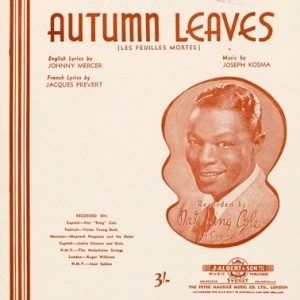 The song is in AABC form. “Autumn Leaves” offers a popular way for beginning jazz musicians to become acquainted with jazz harmony as the chord progression consists almost solely of ii-V-I and ii-V sequences which are typical of jazz. It was originally, and is most commonly, performed in the key of G minor, but is also played in E minor and other keys. Eva Cassidy’s version (clip on the right) is played in B-flat minor. (source: Wikipedia) 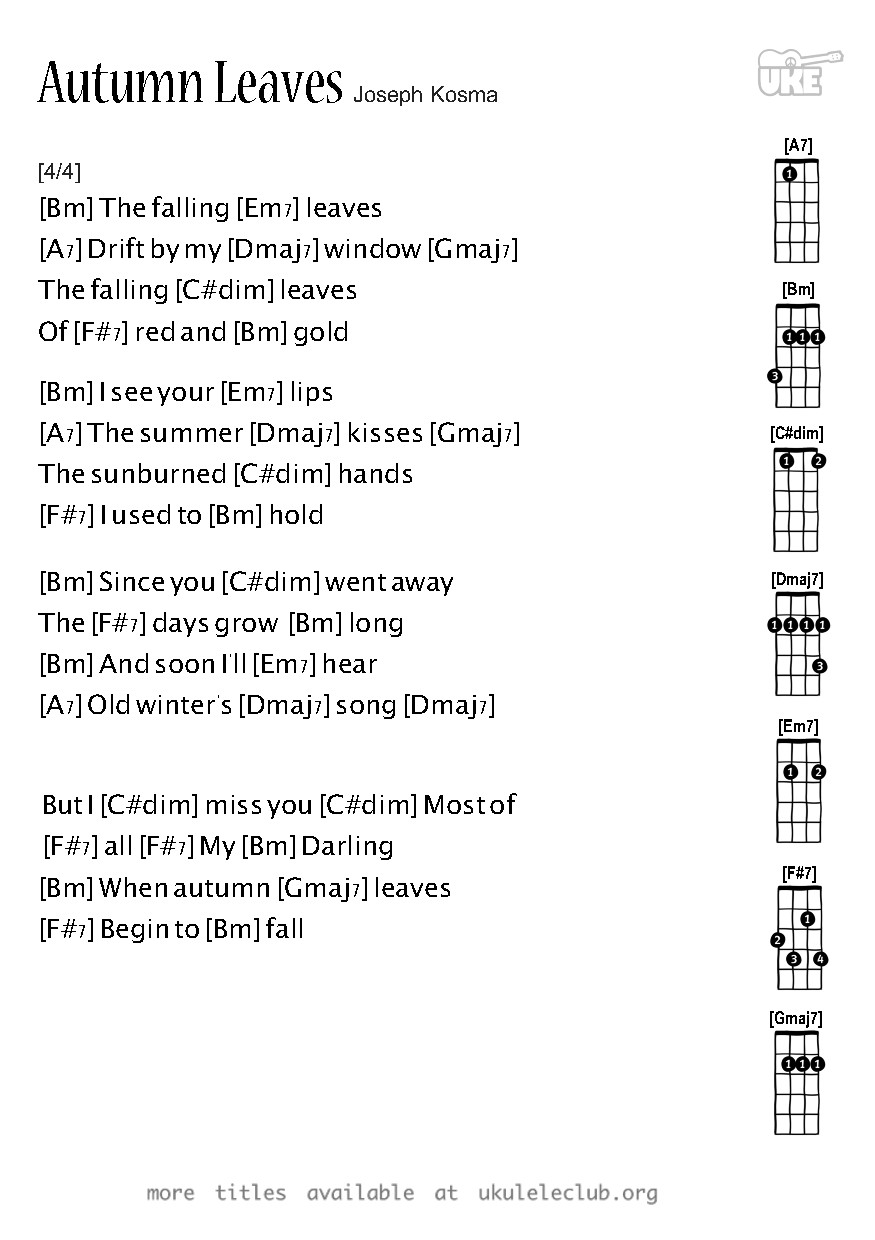