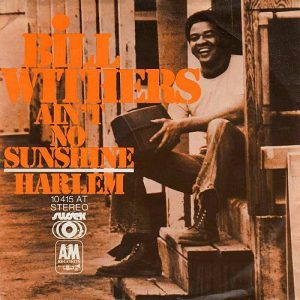 Ain’t No Sunshine is a song by Bill Withers from his 1971 album Just As I Am, produced by Booker T. Jones. The record featured musicians Donald “Duck” Dunn on bass guitar, Al Jackson, Jr. on drums and Stephen Stills on guitar. String arrangements were done by Booker T. Jones, and recorded in Memphis by engineer Terry Manning. The song is in the key of A minor.

The song was released as a single in 1971, becoming a breakthrough hit for Withers, reaching number six on the U.S. R&B Chart and number three on the Billboard Hot 100 chart.

Withers was inspired to write this song after watching the 1962 movie Days of Wine and Roses. He explained, in reference to the characters played by Lee Remick and Jack Lemmon, “They were both alcoholics who were alternately weak and strong. It’s like going back for seconds on rat poison. Sometimes you miss things that weren’t particularly good for you. It’s just something that crossed my mind from watching that movie, and probably something else that happened in my life that I’m not aware of.”

For the song’s third verse, Withers had intended to write more lyrics instead of repeating the phrase “I know” 26 times, but then followed the advice of the other musicians to leave it that way: “I was this factory worker puttering around,” Withers said. “So when they said to leave it like that, I left it.”

Withers, then thirty-one years old, was working at a factory making toilet seats for 747s at the time he wrote the song. On the American Top 40 program of November 6, 1976, Casey Kasem reported that when the song went gold, the record company presented Withers with a golden toilet, marking the start of his new career. “Ain’t No Sunshine” was the first of Withers’ three gold records in the U.S. (source: Wikipedia) 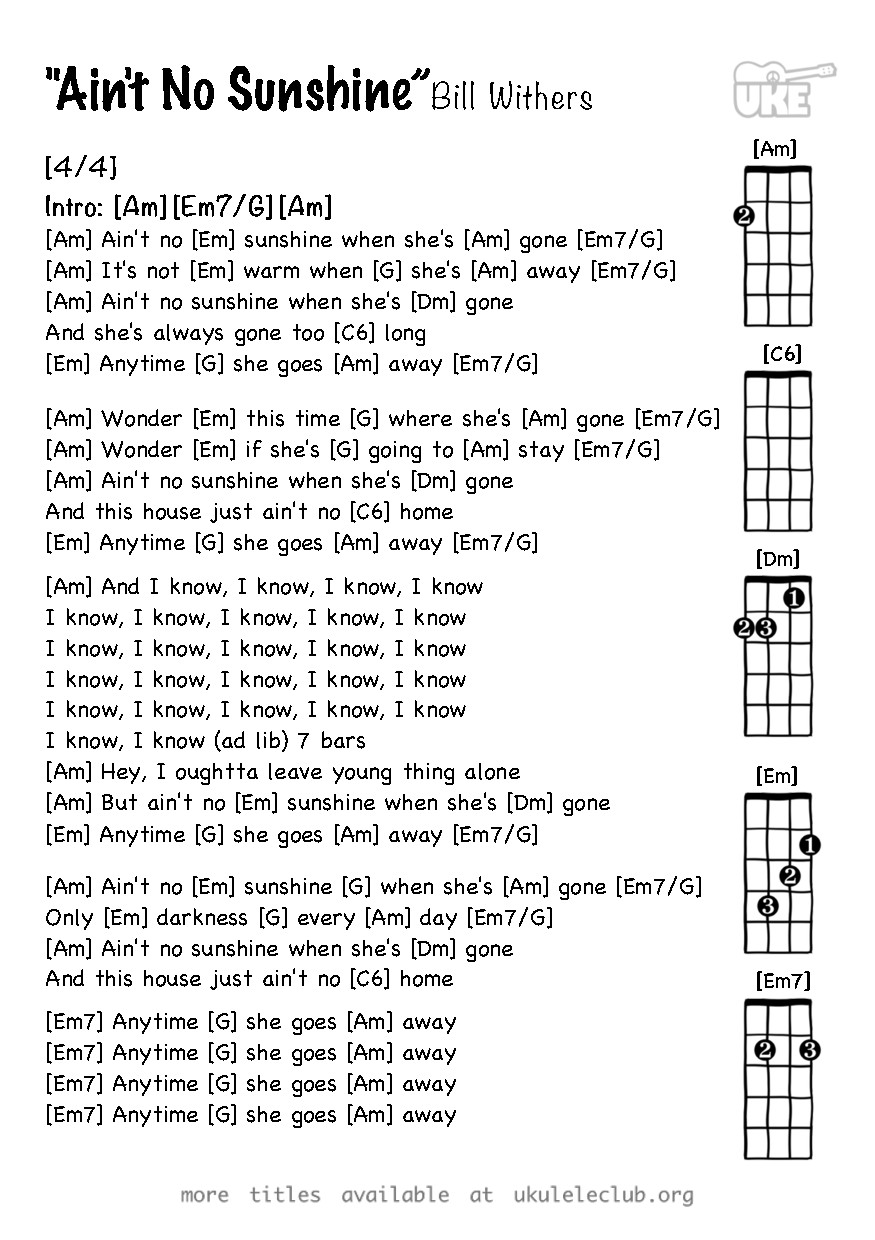