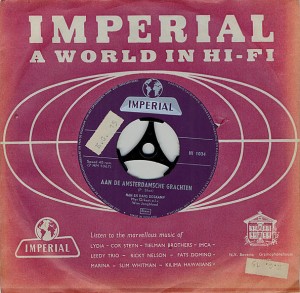 Aan de Amsterdamse grachten (“At the Amsterdam canals”) is a Dutch song by Pieter Goemans.

It was written in 1949 but not recorded until 1956, and many times more since then. It is one of the standard songs celebrating the city of Amsterdam, and one of the best-known and most popular songs in the country.

The song is a waltz, in 3/4 measure. Typical accompaniment is the accordion. The first verse recounts a childhood experience in the house of the grandparents, a house now occupied by other people and partly converted to office space. The second explains that after having traveled widely the speaker still longs to return to the city “on the Amstel and the IJ”. A transitional verse suggests that the trees, high above traffic, and the boats on the water are unchanged.

According to the refrain, the speaker has given his heart to the Amsterdam canals; Amsterdam fills his thoughts, and nothing could be better than to be an Amsterdammer.

Goemans was inspired to write the song in 1949 while walking across the bridge where the Prinsengracht and the Leidsegracht intersect. It wasn’t supplied with sheet music and recorded until 1956, when an arrangement was written by pianist Dick Schallies (then a member of the Metropole Orkest) since (Schallies explained) Goemans couldn’t write music. Schallies denies rumors that Enrico Neckheim was responsible for the music.

Goemans published the song under a pseudonym, Peter Shott; he was a diplomat’s son and his father allowed him to be associated with the popular music industry only if he did so under an assumed name.

Henk Visscher, singer as well as guitar and bass player with Johnny Kraaijkamp, was the first to sing and record the song, though other sources have Kraaijkamp sing it first, in the Café de Paris near the Leidseplein. In 2006, Visscher, a friend of Goemans from the cafe, explained that he had been asked to record a demo for the song the morning after Goemans and Schallies had finally put music to the lyrics, with Schallies playing piano. Goemans had wanted Kraaijkamp, but knew better than to call him early in the morning; he called Visscher, since he did not drink.

The first recording that was released was made in 1956 by singer/soccer player Hans Boskamp in a duet with his wife Nan; the spelling on that recording is still the old-fashioned “Amsterdamsche”. A page dedicated to the song on the web site of the Amsterdam City Archives plays that first released recording. Other notable artists of the 1950s and 1960s to record the song include Tante Leen.

Of all renditions Wim Sonneveld’s (1962) is probably the best known. It was covered by foreigners as well, including Belgian singer Louis Neefs, and by experimental jazz musician Willem Breuker. Recent versions were made by Huub van der Lubbe en André Rieu. (source Wikipedia) 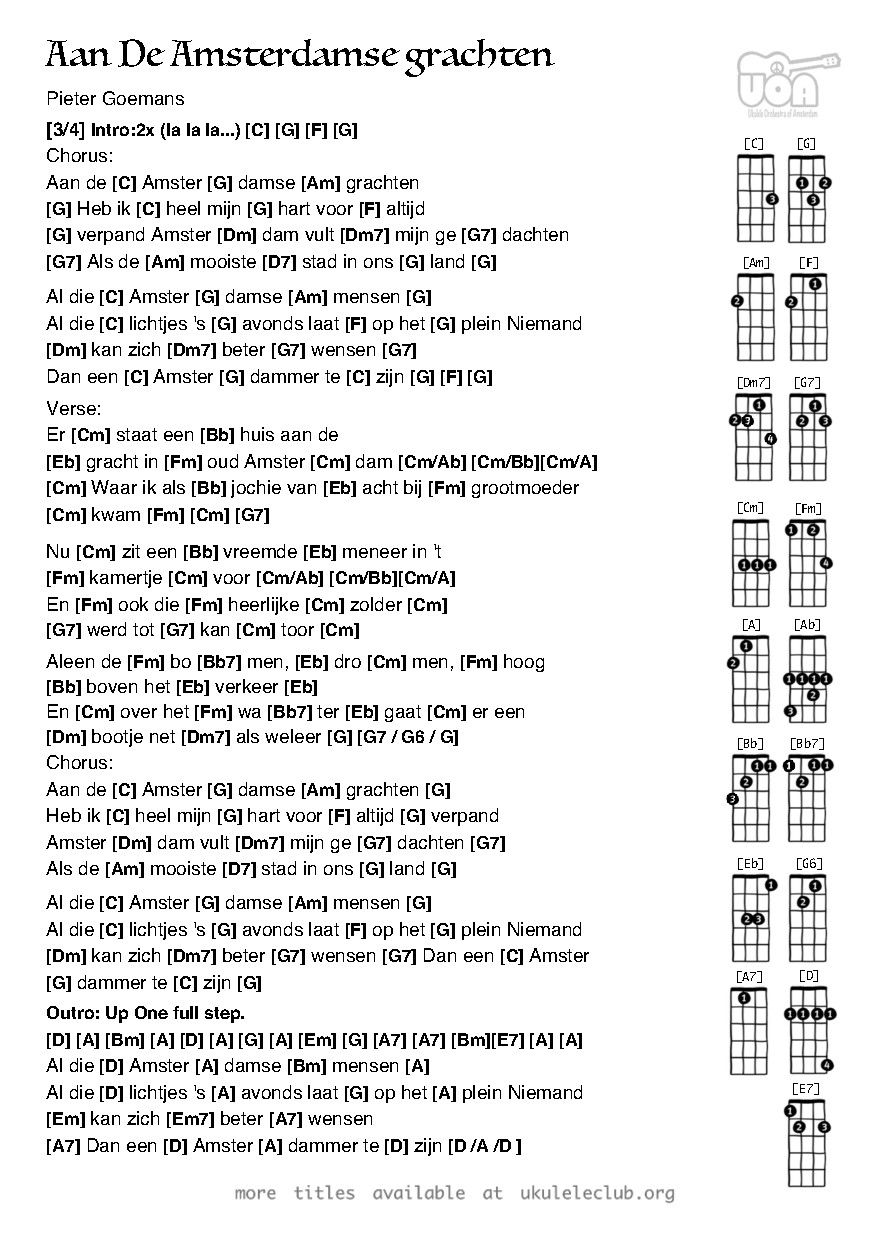