Tiptoe Through the Tulips 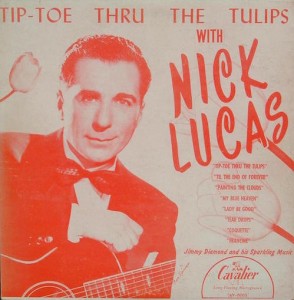 Tiptoe Through the Tulips is a popular song originally published in 1929. The song was written by Al Dubin (lyrics) and Joe Burke (music).

‘Crooning Troubadour’ Nick Lucas’ recording of “Tip-Toe Through The Tulips” hit the top of the charts in May 1929. The song he introduced in the 1929 musical talkie Gold Diggers of Broadway held the #1 position for 10 weeks. Other artists charted the song in 1929, including Jean Goldkette (#5), Johnny Marvin (#11), and Roy Fox (#18).

The song was used in “Sinkin’ in the Bathtub”, the first Looney Tunes cartoon ever, in 1930. It is heard in the opening scene of the 1945 movie “The Confidential Agent.”

The song was revived in 1967 by the California rock group The Humane Society and in 1968 by Tiny Tim, whose version charted at #17 that year. It was also covered by Uke til U Puke and The Bonzo Dog Doo-Dah Band.

The song is played every year by the Holland High School marching band in the Tulip Time festival parades each May in Holland, Michigan. In the 1976 movie “The Pink Panther Strikes Again”, Dreyfus (Herbert Lom) plays the song on the pipe organ as his super weapon destroys him and his castle hideout. 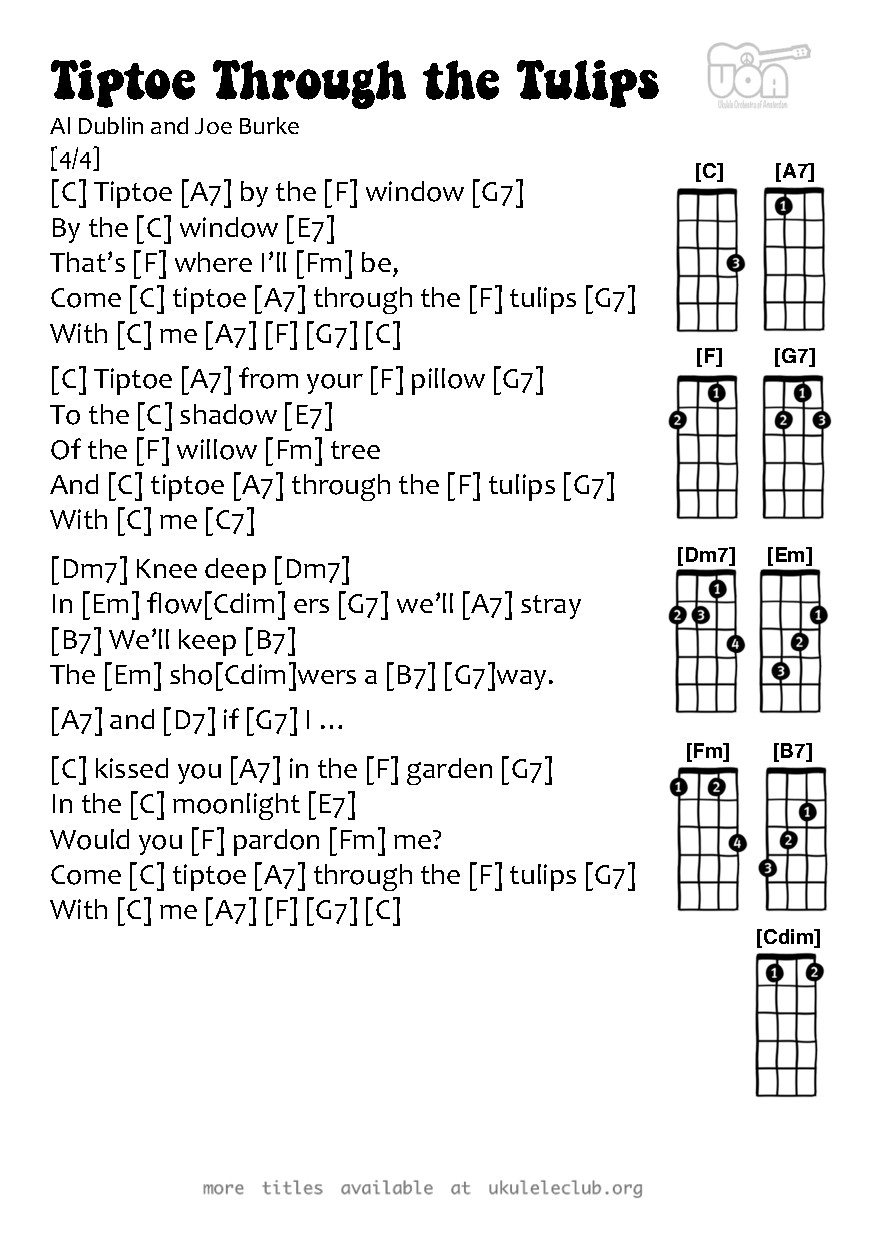 Discuss "Tiptoe Through the Tulips"