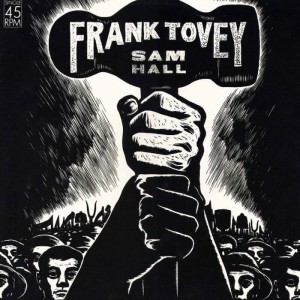 “Sam Hall” is an old English folk song about a bitterly unrepentant criminal condemned to death. Prior to the mid-19th century it was called “Jack Hall”, after an infamous English thief, who was hanged in 1707 at Tyburn. Jack Hall’s parents sold him as a climbing boy for one guinea, which is why most versions of the song identify Sam or Jack Hall as a chimney sweep.

The song’s popularity is mainly limited to Ireland, England and the USA, and there have been only six sound recordings made. The song also appears to have been adapted to fit the region in which it was sung; some versions refer to Sam Hall being hanged at Tyburn, some at Cootehill. Also it is unclear what, if any, uncouth language was original to the song. Various versions have Sam Hall call his executioners “muckers”, “fuckers”, “buggers”, “muggers”, “critters” or “bastards”.

A more vulgar variant has become an enduring cultural phenomenon among United States Air Force pilots. Known as “Sammy Small”, this may be the best known drinking song among American fighter pilots. Covered by Dos Gringos in 2006 on their album “2”, the lyrics have remained consistent at least since the Vietnam War.

Artists who have covered this song include: The Irish Rovers, Johnny Cash, Frank Tovey, The Dubliners and Steeleye Span.

Our version is based on Frank Tovey’s recording, released in 1989. Frank Tovey, known also by his stage name Fad Gadget (8 September 1956 – 3 April 2002), was a British avant-garde electronic musician and vocalist. He was a proponent of both new wave and early industrial music, fusing together a unique blend of pop structured songs mixed with mechanised experimentation. (source Wikipedia) 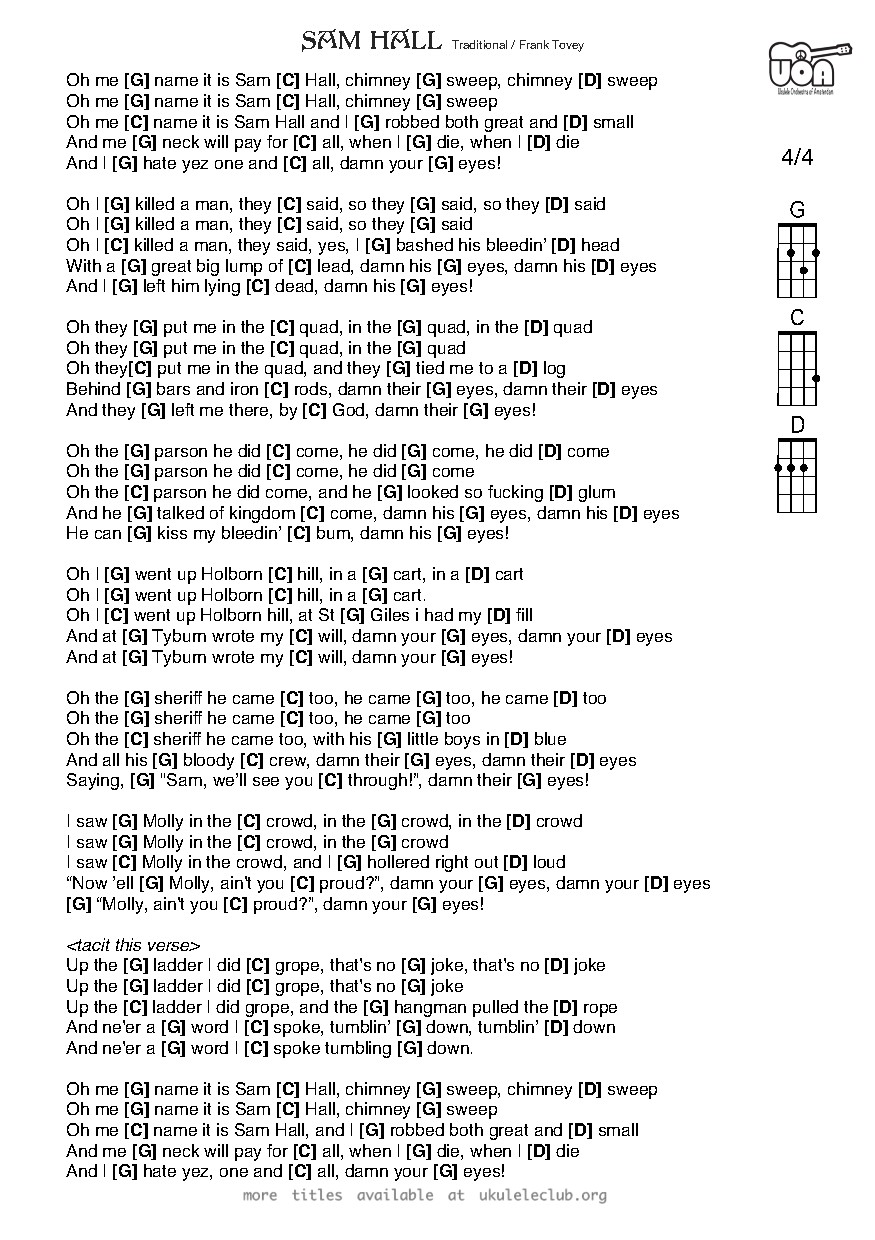