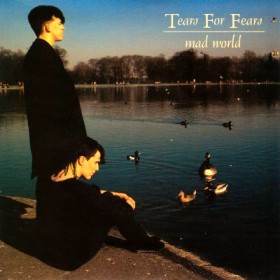 Mad World” is a song by the British band Tears for Fears.

Written by Roland Orzabal and sung by bassist Curt Smith, it was the band’s third single release and first chart hit, reaching #3 on the UK Singles Chart in November 1982. Both “Mad World” and its B-side, “Ideas as Opiates”, appeared on the band’s debut LP The Hurting the following year.

The song eventually became Tears for Fears’ first international hit, reaching the Top 40 in several countries in 1982 and 1983, peaking notably at #2 in South Africa.

Two decades later, the song made a popular resurgence when it was covered in a much slower, minimalist style by composers Michael Andrews and Gary Jules for the soundtrack to the movie Donnie Darko in 2001. This version reached #1 in the UK in December 2003, and also became an international hit.

“Mad World” was originally written on acoustic guitar when Orzabal was 19, it was a deliberate attempt to write something in the vein of Duran Duran’s “Girls on Film”. After a few false starts with Orzabal on vocals, Smith took over and “suddenly it sounded fabulous”. (source Wikipedia) 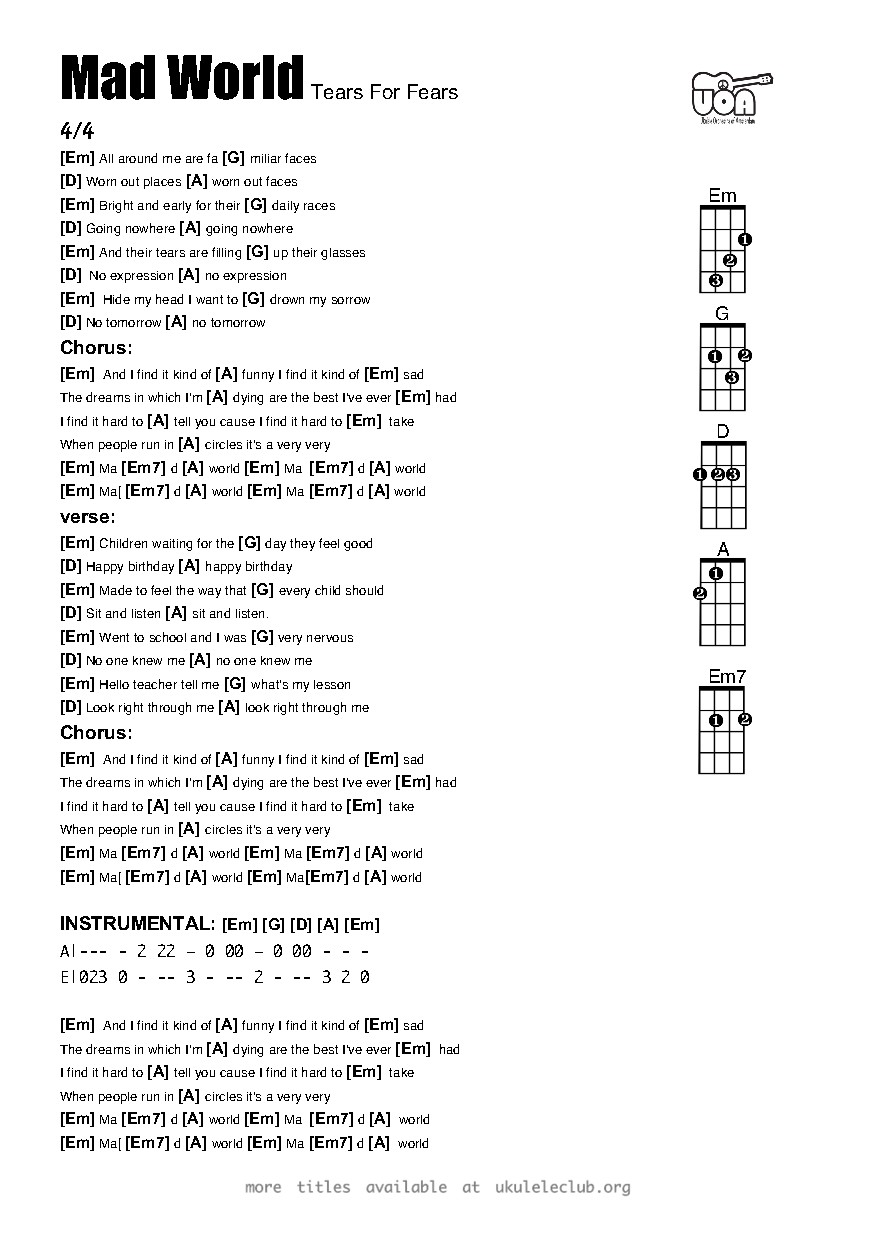