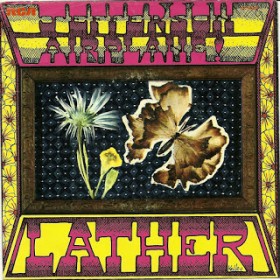 Lather” is a song by the American rock band Jefferson Airplane. It is the opening track on the 1968 album Crown of Creation and was the B-Side for the single of the same name. The song’s lyrics tell of a man named Lather, who has just turned 30 years old and is coming to the realization that he is expected to act and dress in a manner that society deems stereotypically appropriate for the adult age group.

The song was written for Jefferson Airplane drummer Spencer Dryden’s 30th birthday. The composer, Grace Slick, was actually poking fun at Dryden, her lover at the time, because he was the first person in the band to reach the milestone age of thirty – considered to be a “boring” age by contemporaries, as a person had grown up and could no longer have fun. The lines:

But Lather still finds it a nice thing to do,
To lie about nude in the sand,
Drawing pictures of mountains that look like bumps,
And thrashing the air with his hands.

have been said to refer to the occasion when bassist Jack Casady was arrested nude on a beach in Santa Cruz, California, while on drugs. Grace Slick herself, speaking on the Fly Jefferson Airplane DVD repeats these lines and remarks; “Spencer was very child like. He was more child-like than the rest of the other guys in the band, so it’s a song about Spencer Dryden being the old guy but still being a child. I called him Lather because he used a straight-edge razor at the time and had a fairly thick beard – he used lather.” (source Wikipedia) 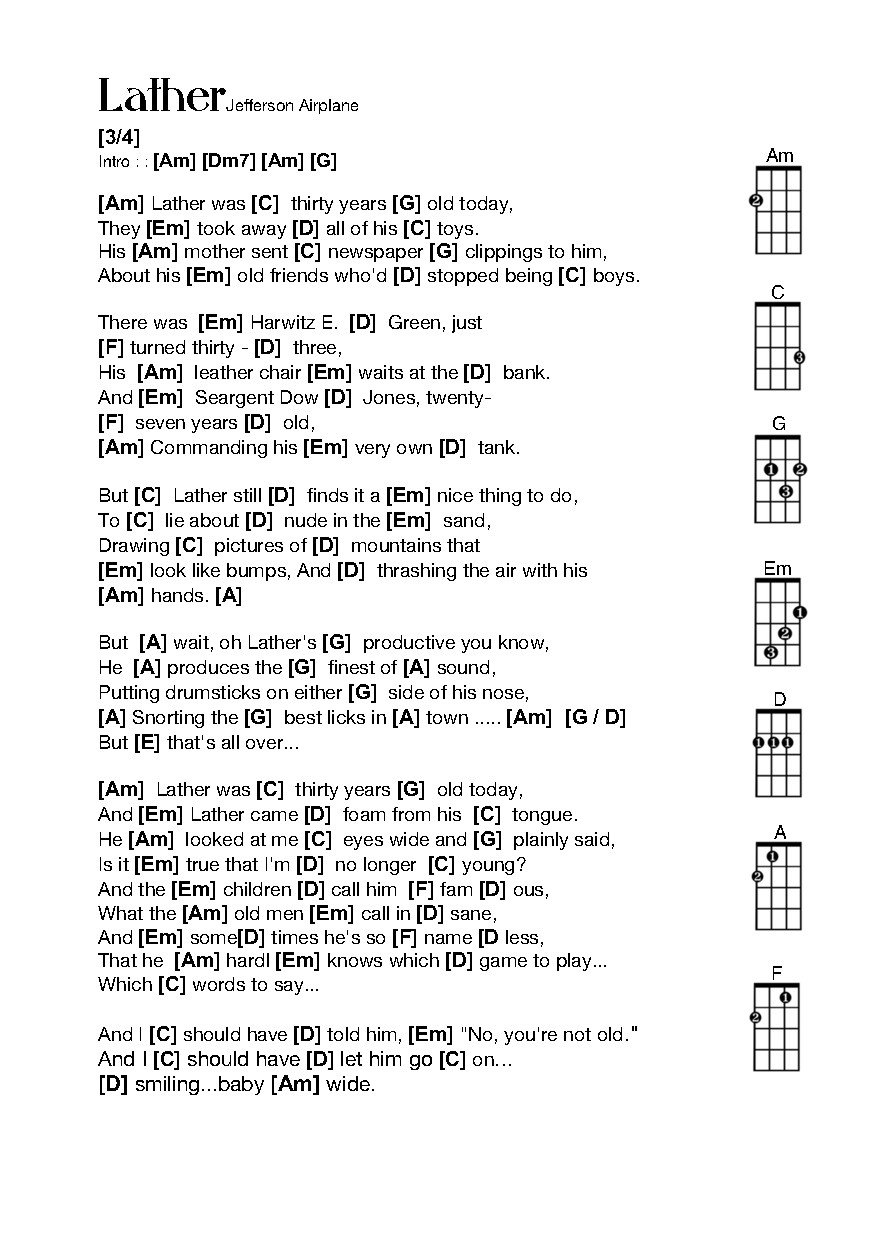