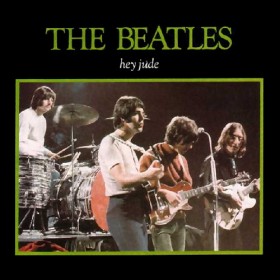 Hey Jude is a song by the English rock band the Beatles, written by Paul McCartney and credited to Lennon–McCartney. The ballad evolved from “Hey Jules”, a song McCartney wrote to comfort John Lennon’s son, Julian, during his parents’ divorce. “Hey Jude” begins with a verse-bridge structure based around McCartney’s vocal performance and piano accompaniment; further instrumentation is added as the song progresses. After the fourth verse, the song shifts to a fade-out coda that lasts for more than four minutes.

“Hey Jude” was released in August 1968 as the first single from the Beatles’ record label Apple Records. More than seven minutes in length, it was at the time the longest single ever to top the British charts. It also spent nine weeks at number one in the United States—the longest run at the top of the American charts for a Beatles single—and tied the record for longest stay at number one until the record was broken by Debby Boone’s “You Light Up My Life”. The single has sold approximately eight million copies and is frequently included on professional critics’ lists of the greatest songs of all time.

In 1968, John Lennon and his wife Cynthia Lennon separated due to John’s affair with Yoko Ono. Soon afterwards, Paul McCartney drove out to visit Cynthia and Lennon’s son, Julian. “We’d been very good friends for millions of years and I thought it was a bit much for them suddenly to be personae non gratae and out of my life,” McCartney said. Cynthia Lennon recalled, “I was truly surprised when, one afternoon, Paul arrived on his own. I was touched by his obvious concern for our welfare … On the journey down he composed ‘Hey Jude’ in the car. I will never forget Paul’s gesture of care and concern in coming to see us.”

The song’s original title was “Hey Jules,” and it was intended to comfort Julian Lennon from the stress of his parents’ divorce. McCartney said, “I started with the idea ‘Hey Jules,’ which was Julian, don’t make it bad, take a sad song and make it better. Hey, try and deal with this terrible thing. I knew it was not going to be easy for him. I always feel sorry for kids in divorces … I had the idea by the time I got there. I changed it to ‘Jude’ because I thought that sounded a bit better.” Julian Lennon discovered the song had been written for him almost twenty years later. He remembered being closer to McCartney than to his father: “Paul and I used to hang about quite a bit—more than Dad and I did. We had a great friendship going and there seems to be far more pictures of me and Paul playing together at that age than there are pictures of me and my dad.” (source Wikipedia) 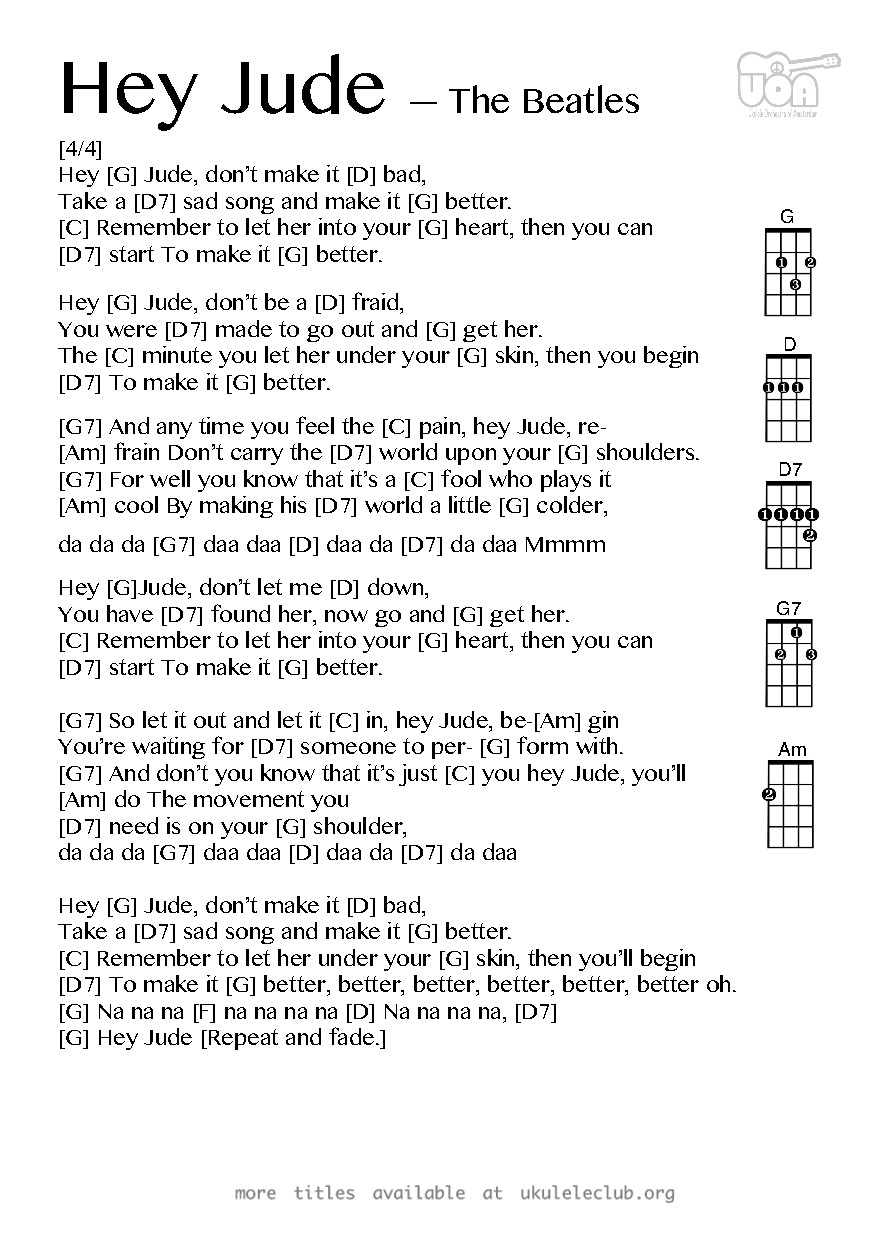 Throw an Em in between the C and Am in the Chorus.