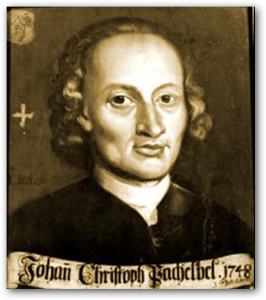 Pachelbel’s Canon is the name commonly given to a canon by the German Baroque composer Johann Pachelbel.

Like most other works by Pachelbel and other pre-1700 composers, the Canon remained forgotten for centuries and was rediscovered only in the 20th century. Several decades after it was first published in 1919 the piece became extremely popular. The piece’s arrangement was particularly prevalent in the pop charts of the 1990s, being sampled and appropriated in numerous commercial hits such as Pet Shop Boys cover of “Go West”, Coolio’s “C U When U Get There” and Green Day’s “Basket Case”. It is frequently played at weddings and included on classical music compilations, along with other famous Baroque pieces such as ‘Air on the G String’.

Although a true canon at the unison in three parts, it also has elements of a chaconne. It has frequently been arranged and transcribed for many media. More on Wikipedia.

What is a canon?

In music, a canon is a compositional technique that employs a melody with one or more imitations of the same melody played after a given duration (e.g., quarter rest, one measure, etc.. The follower must imitate the leader, either as an exact replication of its rhythms and intervals or some transformation thereof.
Repeating canons in which all voices are musically identical are called rounds – “Row, Row, Row Your Boat” and “Frère Jacques” being widely known examples.

This canon repeats after 8 bars. The original by Pachelbel was in D major. Our version is in C major. If you wish to play in the original key, you can always tune your ukulele in D (and play our C chords).

This is a two page PDF document. Below, there are also play along audio tracks for you to practice along to.. 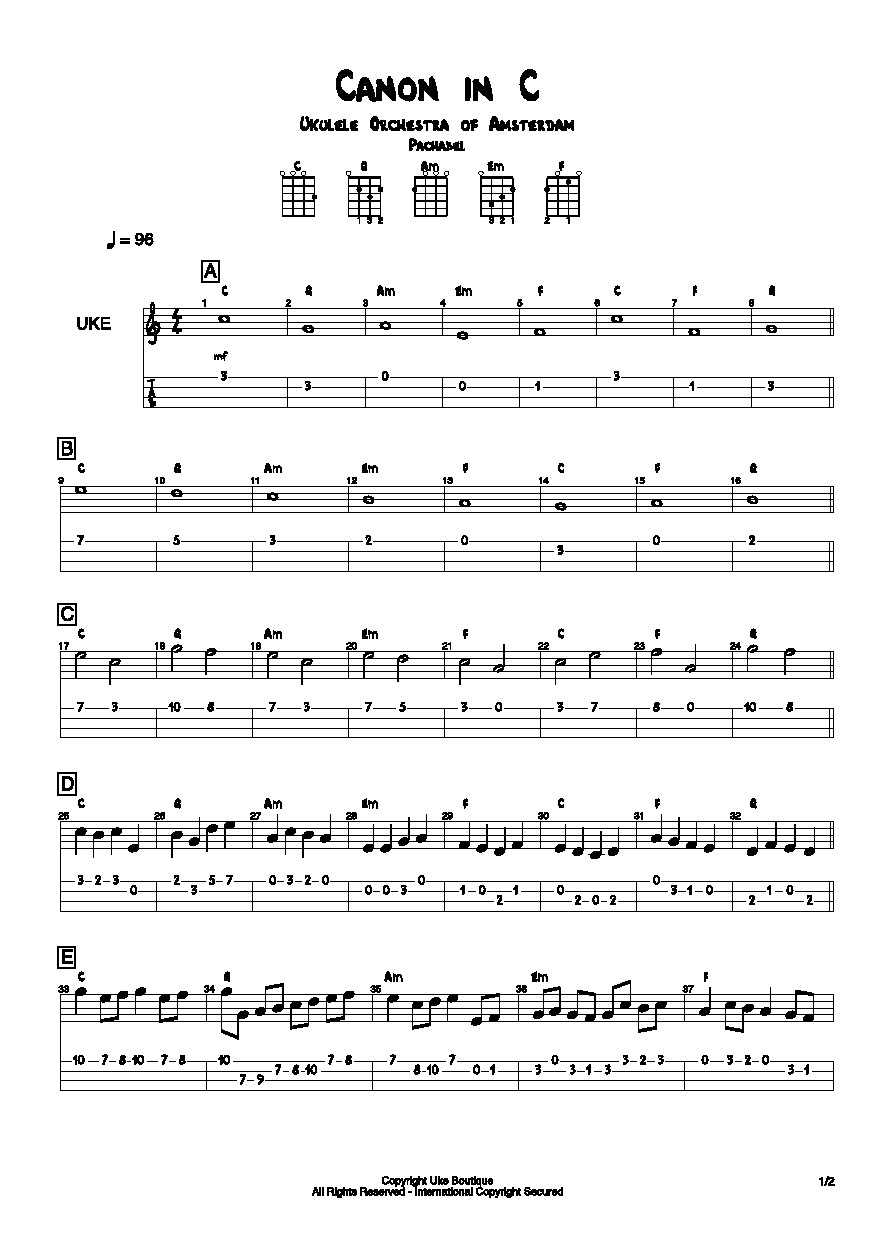 If you click on the image of the song sheet, or click the green download button, the page will open a PDF file with all the pages included.

Thank for your kind  🙂