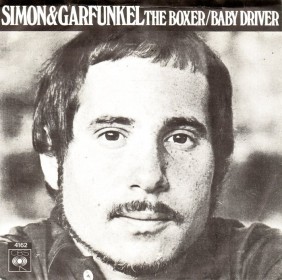 The Boxer” is a folk rock ballad written by Paul Simon in 1968 and first recorded by Simon & Garfunkel. It was released as the follow-up single to their number one hit “Mrs. Robinson”, and reached #7 in the US charts. It later appeared on their last studio album, Bridge over Troubled Water, along with its B-side “Baby Driver”. It is particularly known for its plaintive refrain, in which the singer sings the tune as ‘lie-la-lie’, accompanied by a heavily-reverbed drum (work of Hal Blaine), and the memorable guitar finger-picking by Simon and guitarist Fred Carter, Jr.. Rolling Stone ranked the song #105 on their list of the 500 Greatest Songs of All Time

The original recording of the song is one of the duo’s most highly produced, and took over 100 hours to record. The recording was performed at multiple locations, including Nashville, St. Paul’s Chapel in New York City, and Columbia studios.

The version originally released on single by the duo features an instrumental melody played in unison on pedal steel guitar and piccolo trumpet. The song also features a bass harmonica heard during the second and final verses. On the BBC, Paul Simon had Garfunkel’s instrumental solo played with a soprano saxophone.

The song’s lyrics take the form of a first-person lament, as the singer describes his struggles to overcome loneliness and poverty in New York City. The final verse switches to a third-person sketch of a boxer, who, despite the effects of “every glove that laid him down or cut him till he cried out”, perseveres. At the last we are told the boxer cries out, “I am leaving, I am leaving” — “but”, the lyrics continue, “the fighter still remains.”

The chorus of the song is wordless, consisting of a repeated chant of “lie-la-lie”. Simon stated that this was originally intended only as a placeholder, but became part of the finished song. (source Wikipedia) 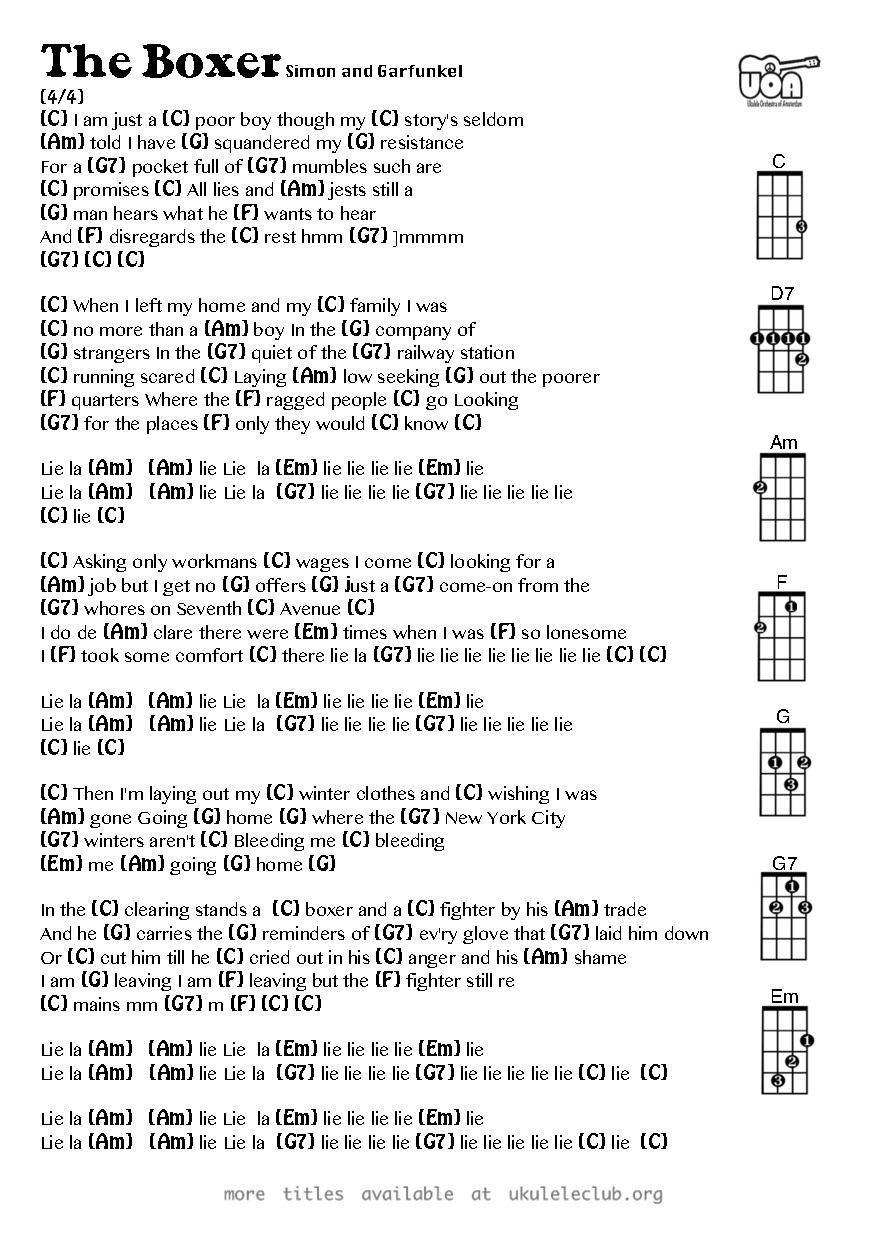 Very nice arrangement the only thing I do different is I add a one beat G before the first Am on the word seldom on the first verse and in the the same place on following verses.

By the way this site is wonderful!

Next time I play it, I’ll try your suggestion. The song sheets are always getting updated as we find errors in them..